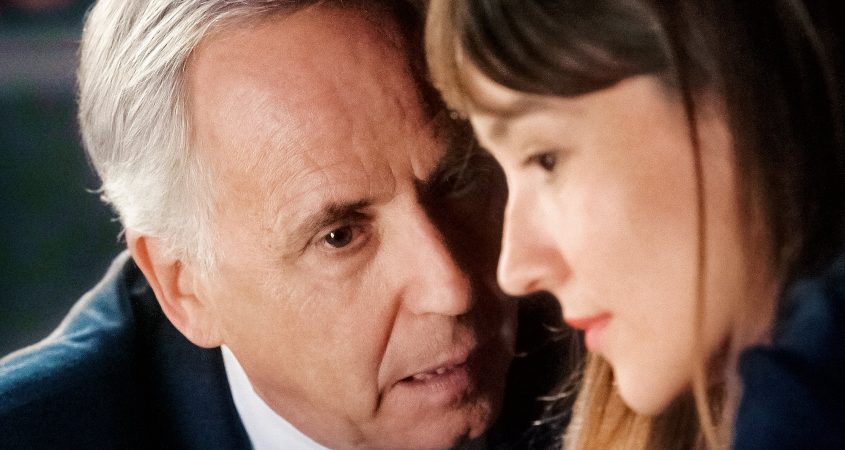 Anchored on the nuanced performances of two stars of French cinema and on cinematography that quietly draws you into the story, Nicolas Pariser’s Alice and the Mayor explores the mutual effects, through their distinctly stratified lives, of two very different individuals with similar values.

On the one hand, the meaningfulness of a life whose calling is politics is gradually taking the focus of Paul Théraneu (Fabrice Luchini — A Man in a Hurry; The Mystery of Henri Pick), Mayor of Lyons, as he finds the ideals of the Socialist Party increasingly falling prey to political compromise. So boxed in has he become that he decides to hire a lecturer in philosophy, Alice Heimann (Anaïs Demoustier — Tomorrow and Thereafter; Through the Fire), to jumpstart his own thinking processes by requiring her to produce original ideas relevant to the extant political milieu.

For her part, Alice, taken aback to find that the job she successfully applied for has been replaced with the task of producing ideas, sets to it with a thoughtful philosopher’s mind, challenging the Mayor just as he had hoped. But it also clarifies for him the conflicts between ideal and reality.

The film’s typically European anticlimactic denouement makes Alice and the Mayor a film whose reward lies not in the destination but very much in the journey. Amusing in execution even if it includes the destructive office politics playing out every day in government offices everywhere, this gentle journey of two people in whose shoes few of us will truly stand demonstrates deftly the tension enduring in politics both national and personal between our better natures and selfish survival instincts that may be out of keeping with modern-day life.