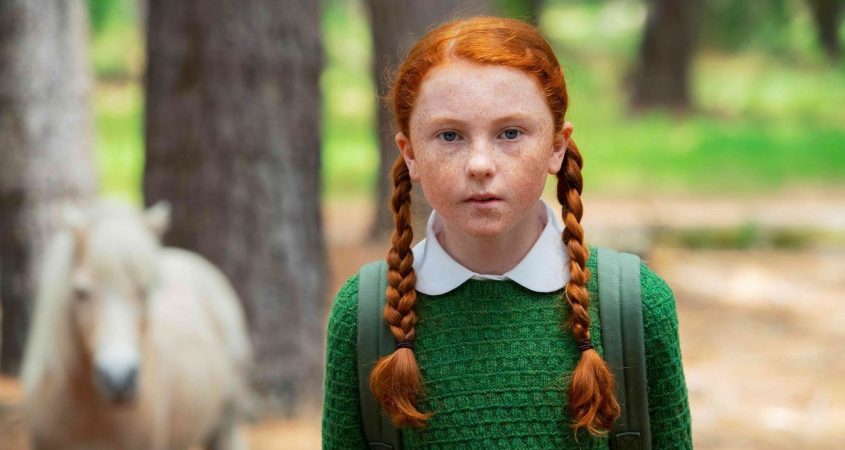 H Is for Happiness is that rare film that exceeds all expectations despite anything you may have heard about it.  Nearly all of its characters (including the unusual teacher Miss Bamford: an always interesting Miriam Margolyes) are likeable; but the goodhearted inventiveness of its child protagonists, Candice Phee (Daisy Axon) and Douglas Benson (Wesley Patten), steals the show — with consequences both unexpected and delightful.

Candice has set herself the unenviable task of restoring her family’s happiness, and Douglas needs to find just the right approach in order to reverse his accidental journey into our dimension.  Together, the pair is a treat to watch as the two of them welcome challenges that a mere adult wouldn’t attempt; and the results are both realistic and magical.

I won’t spoil it by saying more about the story; but I will let on that I had the good fortune to catch a session of H Is for Happiness in February — “good fortune” because the film managed to move, to uplift, and to contain the funniest moments I’ve seen in a long time, and to do so throughout.  I could have turned around and watched it again on the same day.

Imagine my disappointment, then, to find that I had just caught the film’s final Canberra session.  It seems to have appeared without fanfare, attracted the attention of a dozen people, and disappeared in an eyeblink, simply through an absence of all marketing, including cinematic trailers.

The film deserves so much more, and so do you — and it’s for that reason that I exhort you to watch the trailers that are available (if the trailer at <https://www.youtube.com/watch?v=qtHdnJXvH2o&gt; doesn’t work, then try searching for another) with a view to asking your local cinema to bring it back.  Your life would be the poorer for not having seen H Is for Happiness once at least; do all you can to catch it in its incomparable panoramic joy.