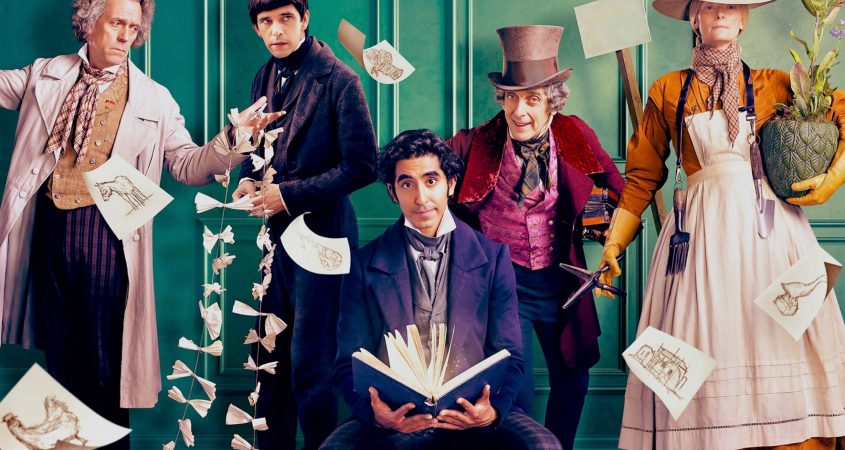 This cinematic interpretation presents a pastiche of Dickensian characters and plots as told on stage by David Copperfield himself in mid-nineteenth-century England. From his birth, through a childhood blighted by an evil stepfather, restoration to his remaining family, and then further trials that he overcomes with the help of a range of well-wishers, we accompany Copperfield on his journey to becoming a novelist finally writing The Personal History of David Copperfield (a contraction from the full title of Dickens’s David Copperfield).

The film’s re-creations of London life of the time offer, as do most of Dickens’s novels, a rare view into the reality of life for the landless poor: as Thomas Hobbes remarked two centuries earlier, “nasty, brutish, and short”. The film is not in the least depressing, though. Rather, it’s a curious mix: a light touch of grim reality; a little slapstick; and a good deal of the slightly absurd; and altogether the mix of styles, without detracting from its immediacy, lends the tale an air of surreality.

Like its costuming and sets, the film’s acting is immaculate, and it is this more than anything else that leads us to care for many of the characters and their fortunes.

Though not entirely the barrel of laughs its trailer depicts, the cinematic tale is certainly worth a look. It has inspired several people I know to take up reading Dickens.