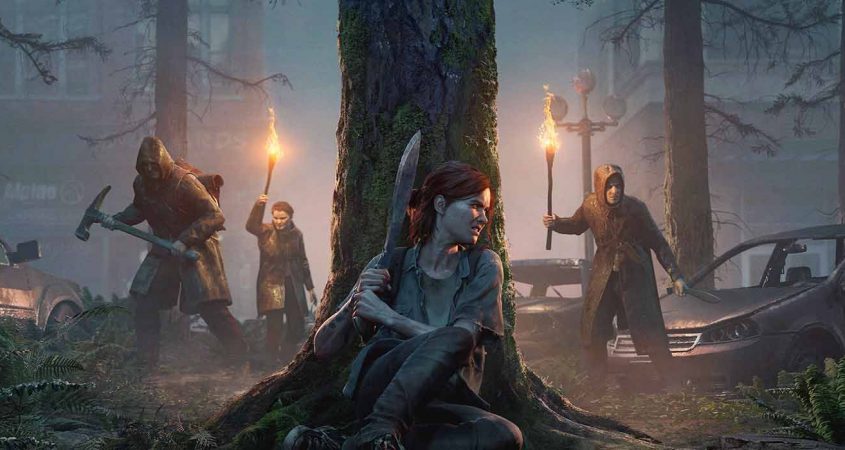 The Last of Us is first and foremost a story. The fact that it’s a video game is merely its chosen channel. The characters are beautifully developed through the game giving you a sense of them all; their histories, hopes, and motivations. You form a strong attachment, like you do in many a good book, film, or series.

This is not a game for the faint of heart, or the impressionable prone to nightmares (although I fall into the latter category). It is primarily a horror story, and like all good horror material, the devil is in the sound-effects. Creepy AF clicking (from the aptly named Clickers) will see your heart rate increase and goosebumps emerge. Truly, I’ve lost count of the number of times I’ve jumped (although I think my cat, Jeremy, would have a solid tally as I oftentimes flinch so hard he’s thrown off my lap). This is also not a game I play before bedtime; like IT and Childsplay this is a daytime event for me, with windows easily opened when it gets too real.

About those spoilers (none to be found here, worry not)

Alright, this is a big release to a legion of devout fans of the 2013 original. And like many highly-anticipated things, there are those out to ruin it – they are called spoilers for a reason.

The Last of Us Part II (TLOU2) has been plagued by major leaks from game developers, Naughty Dog. Subreddits and Discord servers were ablaze with snippets of the storyline showing major plot points – and they were not well received. The ensuing backlash and level of vitriol levelled at the game prior to its release surprised a lot of people.

To those who either blasted the game before playing it, or those who have been dissuaded, I say – play it through yourself. Context is key. Take the time to see the whole story unfold, then say what you will.

For those new to the fold

So for those familiar with the game and its premise you can skip this next bit, for all the newbies out there let me get you up to speed.

The two main characters are Ellie and Joel. Ellie is a loveable wise-ass tomboy, who holds her own against the hordes of infected. Joel becomes her surrogate father and is fiercely protective. It’s a survival story, with plenty of twists, turns, and homicidal human factions added to the infected mix.

This zombie-fying Cordyceps infection is highly contagious, spread via spores and the more traditional bites to turn people into deranged creatures within hours. Of course, there’s all the mayhem and anarchy that comes alongside an event like this. The military roll into town, people hoard supplies (*cough* toilet paper *cough*), shops are looted and there is general mayhem on the streets – pretty much like 2020 so far, really.

Part 2 continues in much the same style, but with a whole new story arc you’ll have to uncover for yourself.

I am not one for spoilers, and I steadfastly avoided all leaks prior to release. As a result, I was pleasantly surprised to find that the now 19-year-old Ellie was gay.

They did the relationship well, too. Normal looking women (no boobs so big you’d slip a disc), no OTT make-out scenes – it was tasteful, respectful, and believable. Ellie’s sexual-orientation is not a focal point of the story; she is never reduced to her sexuality, which I think was key to its successful inclusion.

I think the inclusion of Ellie, and a few other LGBTQI+ characters, are a huge win for queer representation. It’s a massive, and long overdue, step forward for the gaming industry and an acknowledgement of the diverse audience they serve.

If you enjoyed the first game, then you’ll enjoy the second – nothing has really changed. Which I found disappointing, to be honest.

The story is great. The pace is solid; you’re tense almost the entire time. The cut-scenes are well crafted, the characters realistic and relatable, and the breadth of the detailed scenarios strewn across a civilisation in ruin are remarkable.

There are some easy puzzle solving moments in the broader environment, and there is more strategy introduced into enemy combat. There are a few extra rooms and buildings to explore on the way, which is a nice diversion from the otherwise relentless drive of the storyline.

I was hoping for something new, though, an option to direct some dialogue, more innovative weapons or crafting tools, a more open-world vibe, more interactive elements like things in stores, ways to change your wardrobe even.

Overall, a great game for those into the narrative, linear style of gameplay, a ground-breaking representation of LGBTQI characters but nothing to revolutionise gaming expectations into the future.