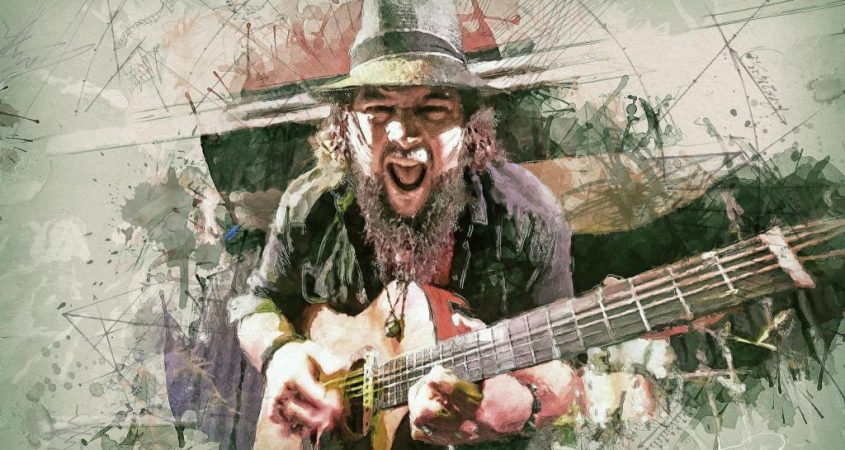 Mike Elrington has been banging out the blues with forceful singing and plenty of grunt for 17 years, appearing regularly at festivals while also releasing nine albums. Originally from Adelaide, but now Melbourne based, he scored the Independent Singer/Songwriter of the Year gong at the 2016 National MusicOz Awards. His latest release She’s On My Mind Again is the launch single from his forthcoming LP Aftershock.

The track opens with eardrum shattering swipes at his blues guitar. The hard-hitting rhythm is cemented home by slapping percussion that gets you attention like a blow to the face. While Elrington can play the part of blues guitar maestro, this is more a case of solid, rammed out music, with a message that cannot be ignored. A man on a mission.

He is capable of delivering super swampy blues vocals too, but this singing is more like a roar. Vocals are yelled in a mix of passion and desperation, almost expressing a resentment that he is powerless to control his emotions.

This obsession raises anxiety rather than bliss as he sings, ‘Lost like a dog again, she’s lettin’ me drown’. Elrington adds a fuzzy edge to his singing in the middle eight, and injects some fancy playing in what is an otherwise deceptively simple, yet hypnotic riff. The straightforward but powerful lyrics reflect the personal dramas Elrington has suffered through in the couple of years leading up to the creation of his new album.

Elrington’s guitar has a physical presence, sharp as a cutting edge on a blade in a strident declaration of passion that is all consuming.