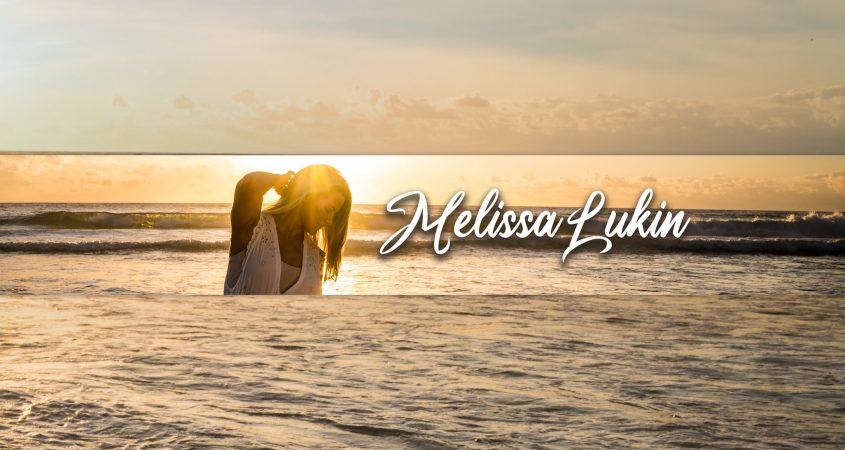 On The Water is the new single for Queensland based singer-songwriter Melissa Lukin. Melissa’s latest track follows the release of her 2006 debut EP First Breath, which was produced by Stuart Stuart (Sheppard, The Veronicas) and contained the track Drowning which featured in a hit US television show and received wide exposure on Australian radio.

On The Water is a contemporary pop track that draws on the reflections of a troubled and enigmatic relationship to conjure a sense of distilled yearning. Produced by Luke Batterbury (Pete Murray, Taxiride), On The Water harnesses the clean and precise lines of streamlined instrumentation and subtle background textures to provide a fitting bed for adept melodic lines. As Melissa’s bio suggests, her influences are varied and include Fleetwood Mac, Enya, and Jewel, though one can certainly discern a common thread from this group of artists.

Every melodic section does its job well, and despite the very open nature of the chorus, this too seems to work, allowing for the aforementioned production to take up the slack where perhaps a more complicated melodic passage is not required.

Blending a lyric that muses over what might have been with such a lush and sensual aural accompaniment works in several ways, including divesting it of its limitations as a pure dance track and providing the framework around which a balance between overt pop and something with more aesthetic depth can exist, as well as focusing on a reminiscence without hitting us over the head with it but rather allowing for a streak of finesse to emerge.

In part this is due to Melissa’s restrained yet gently imploring vocal style and the galvanising spaces in the melodic arrangement.

On The Water should find its way to mainstream radio as it ticks several of the required boxes: it’s hooky, competently produced, and attempts to blur genres quite admirably.