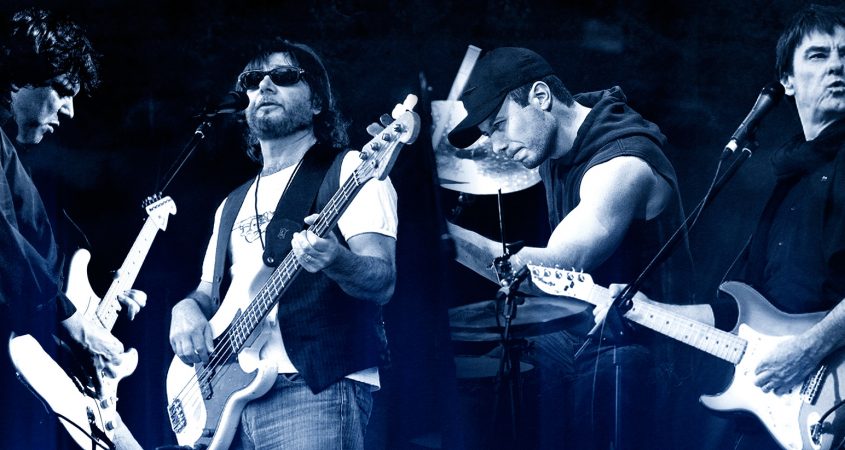 Melbourne band Taste has returned and they’ve just released a new single Stand Up. Back in the seventies, these guys had several hits including Tickle Your Fancy, Little Romance, Rebecca and the classic Boys Will Be Boys, which was used by Queen in their warm-up music before their shows.

Taste went on to share the stage with Queen and were handpicked by the band to join them on their US tour. Taste kept going for several years after that, touring Australia constantly and becoming the first band to appear on the pilot for the iconic TV show Countdown. They regularly played venues across the country with the likes of Sweet, Suzi Quatro, Sherbet, and Skyhooks. Things couldn’t be rosier, it seemed.

But on the eve of signing with Seymour Stein’s Sire Records in the USA, they broke up. What’s the hardest thing about being in a band? Staying together.

Thankfully, Taste has realised this and come out all glam guns blazing. Stand Up adheres to some modern sonic conventions without treading too deeply into that mire, aside from adopting a clean and rock-solid production upon which to place their pop-rock palette.

Ken Murdoch’s voice ascends to the heights at just the right moments, the contemplative verses, the rousing chorus, and guitar extraordinaire Joey Amenta harnesses his acute sense of graceful precision to clothe the track in a blazing show of efficiency and finesse.

It all adds up to an engaging experience, a song, which despite the lyric’s overt call to arms approach, never feels as if it’s trivialising the subject matter. This is perhaps because one senses the legitimacy of intention.

As a child growing up in the seventies, Taste was one of the first local bands that exuded the same sort of attitude and presence as a Bolan or a Bowie; yet they were homegrown, and just as I’d translated that connection and worked it into my own set of universal possibilities, Stand Up just might do the very same thing for an equally captivated heart and mind, or perhaps even a new generation of them.