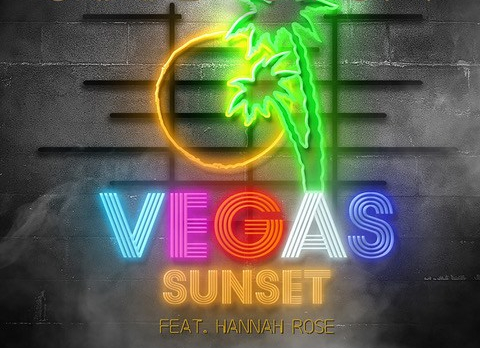 Vegas Sunset began several years ago as a studio-based project between friends and has since developed into a live act with a couple of single releases to their name. And now, the Brisbane-based band has just dropped Good Stuff, a bright and sparkly pop tune that’s sure to attract some love from mainstream radio.

Beginning with a key riff tinged with a little trop pop, the track’s most enticing aspect, the vocals, are established early. The melodies in the verse and pre-chorus do a fine job of building our anticipation for the chorus, the arrival of which is bolstered by both the groove kicking in and the lush landscape of background vocals.

Let’s look at the chorus.

It does satisfy our expectation to some degree; it is deceptively simple, identifiable, and able to be mimicked without too much trouble. This is due, in part, to the chant, which exudes an earworm quality but one hovers dangerously close to banality without succumbing entirely.

And this is perhaps some of the beauty and charm of pure pop when it’s executed with enough nuance and self-assured panache. Yes, it’s convincing in that sense. Vegas Sunset’s intention, as their PR blurb states, is to put, “the missing ingredients of glamour, fun, and showmanship” back into music.

Fair enough. Bold ambition yet a worthy one.

I’m not exactly sure what that means when the form of pop the band are knee-deep in is, by definition, all those things; that’s partly what can be so attractive about pop, the unashamedly escapist quality of it (as all art contains a little of) but pop music perhaps even more so, identifying itself outright by these characteristics; simplicity, accessibility, and the snap and crackle of elements that we recognise as soon as we hear it.

Good Stuff is worthy of getting a look in by mainstream media; it might sit alongside releases by The Chainsmokers and One Republic quite comfortably, if not confidently.