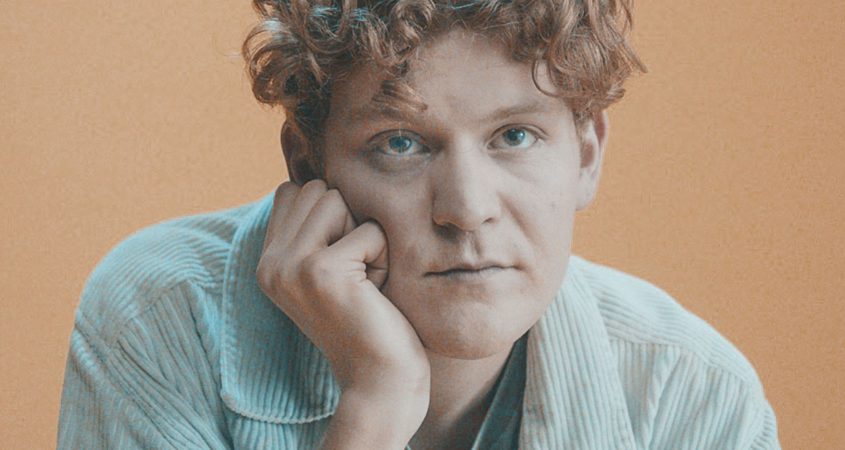 Huck Hastings’ new track Anthem for the End of the World follows on from Hey Babe? and his last release Soft – An Epilogue which appeared early this year and featured on triple j’s Home + Hosed.

The new song is an attempt to explore concepts of self-worth and experience via the optics of universal tragedy; in this case, the recent bushfires and the subsequent existential concerns it provoked. Produced by Tim Carr (Matt Corby, Julia Stone), the new track reveals a more sophisticated side of this artist without necessarily forgoing his lo-fi indie origins.

The focus is Harrie Hasting’s voice, its vulnerabilities and fragilities now smoothed out a little to allow for a more consistent and compelling vocal performance. The unsuspecting bass guitar introduction keeps the surprise factors all in the place yet the unfolding charm of the melodic strength of the song is its most engaging attribute.

A wistful air surrounds the melancholic undertow of the mesmerising lilt of the chorus lines, offering the listener an ironically whimsical slant on the doomed world scenario. The rawness and uncluttered effervescence of Huck Hasting’s previous releases are still intact but it is accompanied by a streamlined attention and nicely attenuated focus, where the most important element, the song, receives the treatment it deserves.

There are hooks aplenty here one does not expect, subtle and restrained as they are, and rising amid these melodic marvels is a suitably discreet production, aiding the introspective, astral travelling nature of the performance.

Still retaining those jangly edges and sombre cadences of his previous work, Anthem for the End of the World manages to invoke a spirited protest against such a conjured apocalypse, with the inclusion of Ainsley Farrel’s backing vocals in consort with this dissent. This track is a step up for Huck Hastings and one achieved without sacrificing the idiosyncratic temperament and low key flavour he has a reputation for.