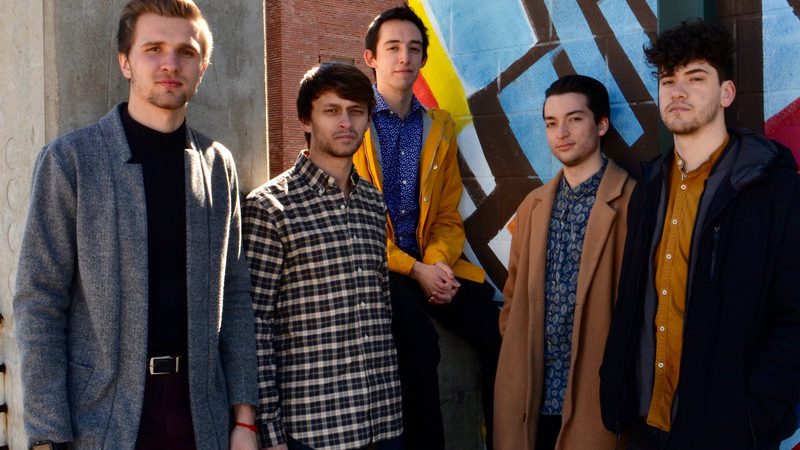 To those of us who’ve been following the jazz genre for many years (64 in my case) this new LP, recorded and produced in Bloomington, Indiana, by a quintet led by ANU School of Music graduate and bassist Brendan Keller-Tuberg, is a telling indication of where jazz is at the moment — and where it has come from.

All the musicians here are young, well-schooled, and richly-talented. It’s a standard instrumentation that goes back at least to bebop in the 1940s (trumpet, saxophone, piano, bass, drums). Some of the most memorable sounds in the history of jazz have emanated from groups of this kind,  particularly the sonorities of trumpet and saxophone (tenor or alto) playing together in unison.

Traditionally, such groups have used the melody/solos/melody format. Increasingly, however, younger musicians have been integrating their solos into compositions which are more fully developed. At its best this approach can offer more coherent and integrated performances. At worst it can undervalue, or lose, the individual excitement that improvised solos have hitherto provided.

Intertwined offers much of the former (though trumpet and saxophone do quite often solo on the same tune) and little of the latter. As with Duke Ellington and Billy Strayhorn, who composed with specific soloists in mind, Intertwined also presents the contributions of its soloists in the best possible context.

The compositions here allude to various styles and/or periods in jazz, including hard bop, post bop, funk et al. The album’s publicity claims (not unreasonably) that it represents, “straight-ahead swing to the avant-garde, pop and everything in-between”. This could risk a pot-pourri effect but the intellectual consistency of the players, along with the traditional instrumentation, serves to integrate the album as a whole.

The musicians in the Crossroads Quintet are the Americans Zachary Finnegan (trumpet), Tyler Bauer (saxophone), Austin Thomas (piano), Jameson Scriver (drums) and the Canberran, Brendan Keller-Tuberg (bass). To this reviewer, the outstanding tracks are the opener, O Wandering Soul (a hard bop/ gospel influenced piece), the ballads Hyperhydrosis and Ashes (both of which rise to a considerable intensity before cutting back, abruptly but effectively, to the melody) as well as the LP’s last two tracks which give Keller-Tuberg considerable solo space.

It’s worth noting that, overall, the album bears some impress from Scandinavian and European jazz. It also (counterintuitively perhaps, considering how Keller-Tuberg is outnumbered four-to-one) has an Australian tinge, possibly deriving from Jonathan Zwartz’s compositions and performances.

It’s a fine blend, with plenty of the advertised variety but remaining coherent throughout. Some older listeners, such as this reviewer, may lament the (almost entire) absence of the swinging 4/4 rhythms that marked most jazz through until the ’70s at least but that seems to be a “bridge too far” these days.

Liked it? Take a second to support Geoff Page on Patreon!

Support Geoff Page on Patreon!
12% complete
When we reach $500 per month we will begin the official BMA Podcast. This will include interviews with some well-known musicians and artists, tips and tricks for publishing in print and online, as well as other discussion topics around Bands, Music and Arts in Canberra!