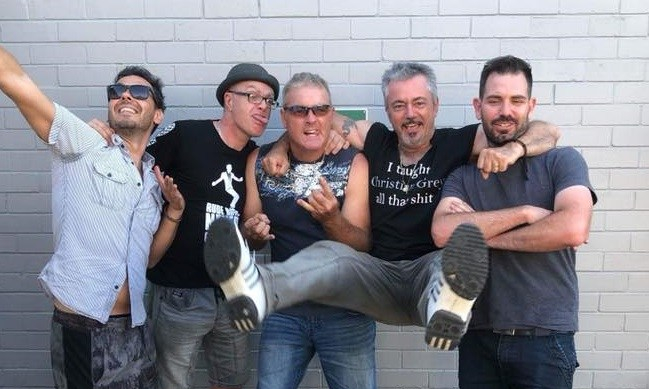 Perth-based act Jamaica Scream has just released Mad For You, a rock track comprised of a number of disparate elements that all help in creating a worthwhile listening experience.

It begins rather sedately, a laidback groove that establishes the pulse that continues throughout. Dom Muscadere’s low-tone cadences also help in steering the track clear of any typical rock histrionics.

The temperature increases as we get to the chorus. As one would expect of this genre, however, it is quite restrained, considering, no doubt, Muscadere’s vocal capabilities.

The production holds it all together, pitting the mostly organic textures against a smattering of string-like infusions and harnessing some decent performances to provide a full and energetic soundscape.

The song is more concerned with establishing a mood, a mindset, judging by Muscadere’s intentions—it’s ostensibly an anti-drug song—and it does this quite well.

And about those intentions; they are indeed quite weighty. As Muscadere has said, ‘The purpose of the song and the message is simply to convey; don’t do drugs’. Fair enough. Despite this conscionable attitude, these ambitions are not realised with an equal amount of clarity.

And that’s not necessarily a bad thing. Blurring lines is good, ambiguity is good also. As much as the writer feels aligned to their cause, their intentions, it doesn’t necessarily mean that the audience will get the scope of it, or perhaps get even an inkling of it. Such is the beauty of art; it remains fluid and obscured to the viewer or listener as the case may be.

In fact, music is abstraction if it’s anything.

By reigning in the intended message of Mad For You, whether by design or not, this facilitates more neutral territory for the listener, therefore opening up the possibilities of the song to those who may not necessarily share the writer’s viewpoint; they might simply like the tune, or they’re reading their own narrative into the lyric.