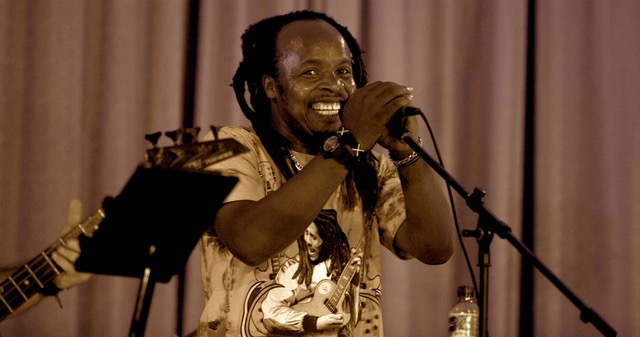 My Sunshine is the latest release for Western Australia based musician Idi Banamungu.

Idi, who also goes by the name Ras, is a multi-award winning artist who has enjoyed international success with his band Ras Banamungu and The Det-n-ators, specifically their track I Am Messenjah which received generous radio play across the globe, including in major cities such as Los Angeles, San Francisco, San Diego, Tokyo, Osaka, Hong Kong, Manila, Moscow, Warsaw, and others.

Ras is no stranger to accumulating accolades, winning the prestigious Akademia award and Poze productions award for Best Album and EP with I Am Messenjah and Let’s Make our Business Forgiveness.

My Sunshine is a curious blend of reggae, roots, rock, and Afrobeat, ostensibly a love song filled with delirious bursts of brass, invigorating background vocal textures and a buoyant production job, all spearheaded by Ras’ earthy and spirited performance.

This mix of genres creates a robust style, with the core reggae flavours infused to snippets of funk, West African music, jazz, and soul, which in effect gives the track its contemporary dance-like edge. It is this amalgamation that transposes the song into a more inviting realm, offering the listener a wide scope of influences to be ingested, taken in one, fun-filled dose.

Of course, the track is also transformative for its potential to extend our music consuming habits; this is not merely a three-minute hybrid song to stream while attending to some minor chore but an affirmation of the possibilities that now exist in this new world music order, where gatekeepers and tastemakers directives have been robbed somewhat of their discriminating power. In this act of extension, we are all the more enhanced by some of the musical marvels that have hitherto been unavailable to us.

And in the case of My Sunshine, that is indeed a good thing.