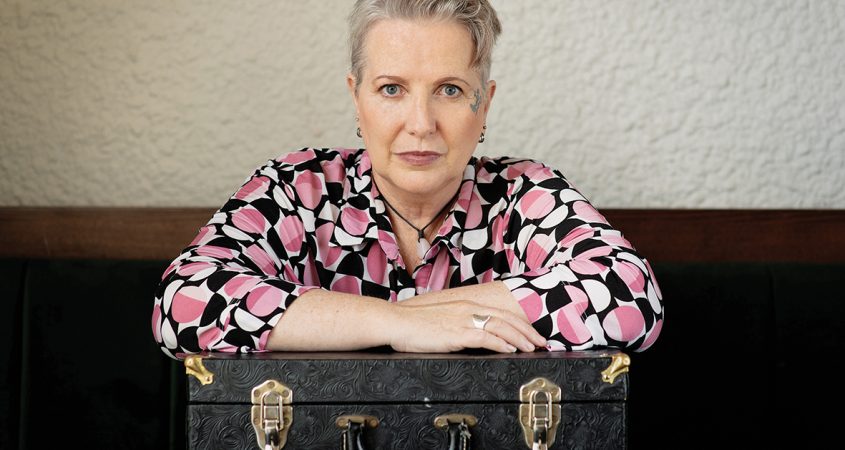 Dorothy-Jane’s new album The Witness documents her harrowing journey through pain and grief following her experience of witnessing her husband sexually abusing a young child.

This is hellish material for a musical work but necessary for several reasons, most pertinent of all is outlined in one of the tracks Speak Out, with its straightforward appeal to all potential victims of abuse, containing some crucial lines including, ‘You have a right to feel safe’, ‘You have a right to live well’.

Dorothy’s anguish is sharply communicated via the duel nature of her vocal performances, changing from tortured vulnerability to contemplative maturity with sensitivity, amplified by visceral, determined poise. The missives here are raw, confronting and unfiltered, just as one would expect and hope of such a record, with the organic instrumentation—piano, clean guitars, harmonica, and brushwork drums—all providing an evocative yet unobtrusive soundtrack to the narratives.

The musical style is blues-based with elements of jazz and folk, with Dorothy’s cadences the unifying thread, creating an amalgamation that treats the subject matter with finely-attenuated care.

Although the theme of the album is acutely focused, there are variegated contexts within this, such as in the opening track, Will I Ever Love Again, with its contemplative first-person voice assessing the damage wreaked by a momentous physical and emotional crime and its effect on rejuvenation; the past inhibiting the future.

With other tracks, the story isn’t so clouded but more distressing, such as in Why My Husband Went Away, with its chilling account of abuse and its after-effects as it relates to the victim, the witness and in this case, the partner of the perpetrator.

This album’s power comes from its scrupulous attention to detail, its willingness to communicate a truth of such barbarous magnitude that an opportunity for healing, if only in part, might transpire from such communication.