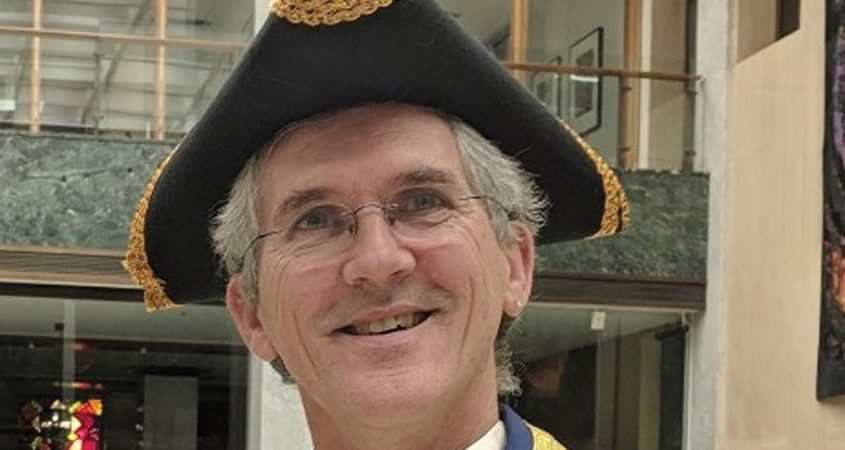 A documentation unearthed by Craig Cormick

[EDITOR’S NOTE: Last May, BMA launched its New Fiction section, a platform for local writers to flex their literary wares. And who better to kick off the section than former Creative Writing teacher to Bossman Allan Sko and local writing wonder Craig Cormick. Now, for the first time on the internet… Over to you, Craig…]

Our water shoaled very soon, from twenty-one to eight fathoms; which alarmed us very much: every countenance expressed surprise, and every heart felt some trepidation. About eleven, the ship struck upon the rocks, and remained immoveable. Bugger it!

Scarce were we warm in our beds when we were call’d up with the alarming news of the ship being fast ashore upon a rock, which she in a few moments convinc’d us of by beating very violently against the rocks. Our situation became now greatly alarming.

We were, at this period, many thousand leagues from our native land (which we had left upwards of two years) and on a barbarous coast, where, if the ship had been wrecked, and we had escaped the perils of the sea, we should have fallen into the rapacious hands of savages.

The Ship being quite fast, upon which we went to work to lighten her as fast as possible, which seem’d to be the only means we had left to get her off. …threw overboard our Guns, Iron and Stone Ballast, Casks, Hoop Staves, Oil Jarrs, decay’d Stores, Mr Banks complete set of Harry Potter books etc.

In this situation day broke upon us and show’d us the land about eight Leagues off as we judg’d; nearer than that was no Island or place on which we could set foot.

At 8 o’clock the Pinnace, in which was one of the Mates, return’d on board, and reported that they had found a good Harbour about 2 Leagues to leeward. In consequence of this information we, at 6 a.m., weigh’d and run down to it.

Soon after we arrived in the bay, we laid the ship on a steep bank, on the side of a river; set up tents on shore, unloaded her, carried all the cargo and
provisions into them, and there lodged and
accommodated our sick. This looks a good place to play beach volleyball.

On our arrival, the natives shewed themselves, on the land opposite to us, by degrees; and, after having thrown them some fish, they ventured to approach us in a canoe; landed by us; laid down their lances, and came forward to meet us, shewing signs of amity as they came along.

Their language was not harsh … and they articulated their words very distinctly, though, in speaking, they made a great motion with their lips, and uttered their words vociferously, especially when they meant to shew their dissent or disapprobation.  … They often said tut-tut, many times together, but we knew not what they meant by it,

The natives returned the following day and to our
astonishment an elder man knew some words of Dutch, having undoubtedly acquir’d the language from Dutch traders. He told us, or least-wise we
believ’d that he told us, that they were unpleas’d that we had lodged our ship in their river. They told us that we were consider’d illegal arrivals and would be detained because of it.

Much debate amongst the ship’s officers as to
whether we should allow ourselves to be detained or should resist such a notion with force, but not having any means of knowing if this would ultimately lead to our own destruction, it was agreed to comply.

Many are greatly perturb’d to find the conditions of detainment mean that we have been relocat’d to a desolate patch of land upriver and our weapons have been taken from us, along with our navigational instruments and ship’s papers. While we are not in prison, by any sense of the word, we certainly do not have our liberty.

There is a growing lassitude across the camp caused by inactivity. The ship’s chronometer has ceas’d working in the night, causing great perturbation as our desire to continue ship’s times is now compromisd. We will attempt to construct a sun dial to aid us in this.

Some of the junior officers have been making plans to escape from our situation but it is clearly not an option to be considered, as our ship remains
unseaworthy and the land is thick with impassable mangrove, and we have seen many alligators on the coast, some of them very large.  … we found also several sorts of snakes…

The Captain has returned from meeting the natives and as best he could understand, they are
processing our claims as to our status as uninvited visitors, which represents a serious breach of their protocols, and we have no other course but to wait out this process.

Ship’s discipline is notably absent with fewer men reporting for muster each morning. Several of the crew have reported nightmares of being attacked by the natives, who they say they are in fear of, and have ask’d us if we think they may be cannibals or not?

Banks is increasingly insensitive to the mysterious aches and pains that plague me. Has asked
repeatedly to see my journal, as if I am writing about him in it, but I will not shew it to him.

Spent the morning comforting Parkinson who is in tears about not seeing his family again. He says he has lost all sense of time passing and can no longer envisage what the future may look like. The
uncertainty of our future is playing on the minds of all the men.

The Captain seems to have become unduly
preoccupied with charting the land about us and
naming landmarks, and appears to be wholly
indifferent to our plight, or unwilling to acknowledge our parlous state of imprisonment, insisting that we are merely detained and that due course will work in our favour. I fear it will not.

The Country, as far as I could see, is diversified with Hills and plains, and these with woods and Lawns; the Soil of the Hills is hard, dry, and very Stoney; yet it produceth a thin Coarse grass, and some wood. The Soil of the Plains and Valleys are sandy, and in some places Clay, and in many Parts very Rocky and Stoney, as well as the Hills, but in general the Land is pretty well Cloathed with long grass, wood, Shrubs, etc. …  On each side of the River, all the way up it, are Mangroves, which Extend in some places a Mile from its banks.

We have now been informed that we must ask permission before hunting for certain animals and that we may be expect’d to share some of them with our captors. The junior officers and many of the men are not happy with this and I anticipate some trouble from it.

Our food stores being now depleted we have been forced to live off the land much in the manner that wretched shipwrecked mariners might to avoid
hunger striking us down. Of vegetables, we found
Glycine rosea, which yields a sort of bean purslain, that eats very well, boiled; Cicas circinalis, the
kernels of which, roasted, tasted like parched pease; but it made some of our people sick, who ate of it.

Parkinson has report’d to hearing voices in the night, convinc’d it is the natives sneaking up on him. He has also report’d being so overcome by lassitude that he has contemplatd self-harm. I have report’d this to the Captain who has suggested that Parkinson help him with his surveying and naming of the land hereabouts as a cure for his inaction. Parkinson’s only response was to declare this camp we live in should be nam’d Cook Town.

The Captain has met with the natives again, and has reported back that our case is still being considered by them and that we should be patient, not giving us any indication of how long we might be at their pleasure before they allow us our liberty again. I for one can’t envisage lasting many more days upon this hostile and barbarous shore.

Several of the men will do nothing but sit in the shade all day long, as if they have come down with some tropical malady, but the Doctor says there is nothing wrong with them other than being possess’d of an overly negative state of mind.

Besides the Animals which I have before mentioned, called by the Natives Kangooroo, or Kanguru, here are Wolves, Possums, an Animal like a ratt, and snakes, both of the Venemous and other sorts. Tame Animals here are none except Dogs, and of these we never saw but one, who frequently came about our Tents to pick up bones, etc.

Parkinson has had a nightmare that we have been
imprisond by high walls ring’d with sharp’d barbs and our freedoms greatly curtailed. He was haunt’d by
images of starving men with their lips sewn shut
being treat’d in a manner that could never be
countenanc’d by a civilis’d race. He is convinced it is a vision of our future rather than his fears visiting him in his sleep.

The Captain has called for all the ship’s crew to be assembled and has announced that the natives have decided we are to be deported from their land. I fell to my knees in thanks and wept. They have said that although we have arrived here without permission, they have no desire that their land become a penal colony and that we should remove ourselves to a remote Pacific Island to live if we were desirous of new lands for our people.

All able-bodied hands have begun work on repairing our ship and are determindly working long hours to achieve this. Even Parkinson is pitching in to help with the manual labour. The Captain continues to assure us that things will work out well.

The ship is finally ready for departure and the
natives have come down to the shore to ensure that we depart and have told us, in faulted Dutch, that they would like us to report to other ships that
arriving here without permission will not be
welcomed, and that they are most desirous of
stopping the boats. The Captain has assured them that our reports will be fitting.

Went to sea this morn with a fair breeze of wind, headed to Batavia, leaving the land behind us once more. The Captain has request’d copies of all the ship’s journals so that he can expunge reports not in keeping with our mission.

At 1 p.m. I landed in Company with Mr. Banks and the other gentlemen … I then hoisted an English jack, but before I could take possession of the lands in the name of His Britannick Majesty, we were driven away by locals shouting, ‘Stop the Boats!’.  Intolerable!

Craig Cormick is an award-winning Canberra author with over 25 books of fiction and non-fiction. He is currently collaborating with indigenous writers and custodians on an alternative history novel about Captain Cook. Check him out at http://www.craigcormick.com