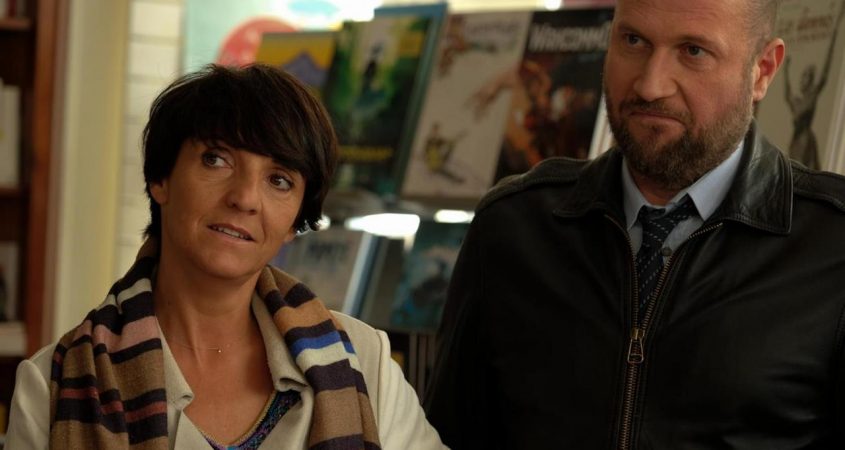 Léa (Bérénice Bejo), a kind, understated woman, works in a women’s fashion shop in a large mall.  In her breaks she writes about passersby, inventing intricate lives for them, and begins to weave these tales together into a book.

One evening, when Léa and her husband, Marc (Vincent Cassel), are out to dinner with their closest friends, Karine (Florence Foresti) and Francis (François Damiens), Léa mentions the book in progress.  Léa has been the butt of “well meant” criticism all evening — apparently the usual way of things — and this announcement provokes further scorn, to which Léa, in her humble way, makes no objection.  But her announcement immediately upsets the long-established balance of the relationship between the four, to fascinating and amusing effect.

Bérénice Bejo as Léa is loveable from start to finish, maintaining her poise, sensitivity, and generous-heartedness in the face of all challenges.  Vincent Cassel is relentlessly unlikeable as Marc, Léa’s selfish, demeaning husband; and Florence Foresti, as Léa’s best friend, Karine, is superbly self-centred as she mounts a jealousy-fuelled campaign, husband in tow, to outdo Léa as an artist.  François Damiens excels as Karine’s husband, a man who tries to sit on some part of the “to be fair” fence.

This is a subtle, clever, and at times very funny film.  The cast could not have better revealed the true natures of the characters as each strives to re-establish the status quo of the quartet by returning Léa to her place at the bottom of the pack.

Don’t miss this beautifully crafted and rich study of human nature.  You’re sure to leave the cinema with an appreciative smile.