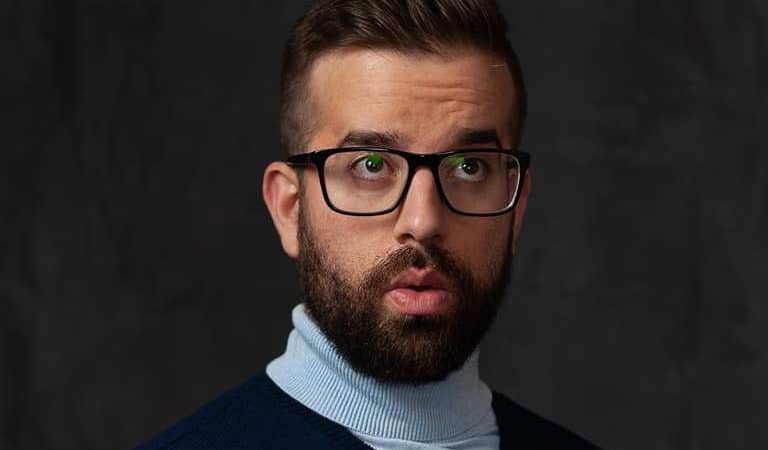 [FRANKE McNAIR] Your show… Whassit about?

I called my show Otherwise Private because my material draws very closely on my experiences, so most observers would understandably consider me an over-sharer or an open book.

Truth is, I’d love to be a completely enigmatic comic that’s choc-full of pure observations that give no insight into who I am as a person, but I’m not creative enough for that. I think it’s because I was born two months premature.

To answer this I need to think about why I like comedy.

I like comedy because I think of it as this challenging and dynamic contract between two parties where one of the parties, the performer, is trying to be funny but deep down has no idea how it’s going to pan out. When it comes off, far out, what a high!

When it doesn’t, you order your meal and hope for a different waiter next time.

As for performance, I guess I like doing comedy because the moment I realised I could use humour to defuse or add light to a situation, I was addicted. I also think that being able to make others comfortable and help them get into a fun mindset is a really cool and privileged place to occupy. I don’t take the responsibility lightly or for granted, and I really appreciate the people in my life that make me laugh. No jokes here, just being earnest.

What sparks inspiration for you?

Life and boredom are probably the main ingredients for me.

Nearly everything I come up with is based on an experience or a reaction I’ve had to something, and for whatever reason I’ve identified it as funny after the fact, often while doing something boring like a long drive, showering, or working.

If I was confident I could go live in the woods and come up with jokes I was happy with, I would, but I realise I very much need to keep operating within, and reacting to, society and all the boring day to day things I wouldn’t do if I had four million dollars.

I think four million dollars is enough to live off in today’s low interest environment. For what it’s worth, I’m about four million and twenty thousand dollars off this goal (HECS debt and a bad investment in a graphite mine).

I have four: waiting between gigs; when to consider a joke ready or a finished product; staying true to yourself; identifying next steps to progress your career.

If I had to pick a hardest one from the above list, it’s when to consider a joke ready or a finished product. I have a bit at the moment that is currently a one-liner but it started it’s life as a five minute story. I also have a bit that’s a story right now but it used to be a short observation.

Basically, it’s a constant challenge deciding when to go long or short on a topic.

On a related note, I have no idea how musicians ever finish a song, let alone an album. I’d never be able to finish a song. I’d constantly add or subtract strings; solos, key changes, bandmates, everything. Far out, I’m stressed now just thinking about it.

I have three: instant gratification; the cool people you meet (other performers and audience members); and the smug-as-hell feeling that you’re doing what you love on a regular basis.

It pains me to admit this but the main one for me is probably the instant gratification. I love performance. If someone told me to choose between writing a book that a million people read and enjoy, or performing a joke to a cumulative million people over 40 years, I’d choose the latter. Unless and until books/kindles can capture and relay to me where the reader laughs or what they most enjoy, it’s the stage for me.

Nah not really. Just enjoy yourself and don’t willingly or recklessly bring harm to others.

Look, I don’t know. Come along because all the bits have passed my onerous creative process and I enjoy performing them. I’ll try my best on the night and I’m confident my show is full of fun, variety, and stimuli that will cater to a wide audience.

I also think that privacy is a topical issue and I’ll touch on it throughout my show, such as whether society even has any anymore. What with social media and being invited to do a survey for 50 Flybuys points every time you duck off to the Coles Express for some Nesquik. Nobody needs to know about my Nesquik habit let alone how the transaction went. If you must know, the store is always well presented and the clerk courteous, but I’m always sheepish and ashamed. Are you happy now? What’s 50 points worth anyway? 25 cents? 25 cents and now you know one of my weaknesses in life? How’s that fair?

You know you could just not swipe your FlyBuys card yeah?

Anthony Tomic is playing on Saturday, 21 March at 8:45pm at The Hilarium at The Festival Square. Tix from the CCF website.