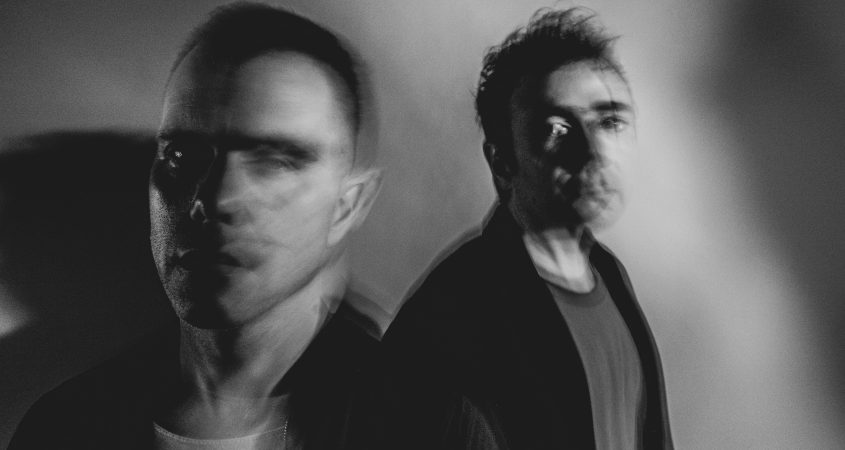 IN CONVERSATION WITH JULIAN HAMILTON: ON CHANGES, CHALLENGES, AND COLLABORATION

Relationships can be forged through music in ways which take us by surprise. The genesis of electronic duo The Presets’ (Julian Hamilton and Kim Moyes) relationship with Tom Stell (Golden Features) is no exception.

Julian Hamilton explains how Stell instigated a connection between them through music long before they officially collaborated on their most recent EP, RAKA.

“He [Stell] mixed a Presets song, like, a decade ago, or almost a decade ago,” says Hamilton. “And we realised this remix was the first bit of released music that he ever did. We really loved the mix, and we’ve really loved his music ever since.”

RAKA is a pulsing four-track electro-pop journey. It is also evidence of the mutual appreciation these musicians have for one another’s talents.

“About a year ago, Kim reached out to him [Stell] and had a couple of jams; just those two guys. I really loved what they were doing so I joined in and we made it a bit more official.”

RAKA came together in unusually quick fashion – within two-and-a-half months they had recorded the EP.

“It was really fast, especially for Kim and I, who are used to spending years making music, doing some 50 versions of one song,” says Hamilton. “It was really refreshing to work with a younger guy who can smash things out in one afternoon and make them sound really good,” he says, laughing.

The whole process of creating the EP was very natural, without much force needed to get it moving in the right direction.

“It did come together very organically and easily,” Hamilton recalls. “Usually when you’re making music there are hard parts and hurdles and there’s moments where you’re banging your head against a brick wall thinking, ‘how can we solve this part’ or, ‘what’s wrong with this song, I don’t have the answer’. There’s a lot of problem solving. And there weren’t too many problems to be solved on this EP. It was pretty smooth sailing.”

This organic process was bolstered by the inclusion of natural sounds which are interwoven throughout the EP.

“Tom had a bunch of these great sounds that he’d recorded; field recordings, like natural sounds of a campfire crackle and trains speeding up and slowing down,” Hamilton says.

“Having those sounds in the background add another dimension. When you listen to dance music, there’s always the bit that goes *he makes the build-up to the drop noise* and there’s just these sound packs you buy that all the EDM (electronic dance music) guys use.

“These all sound the same – sirens and things – and come across as really plastic, really boring. When that sound is actually a train speeding up, or a train slowing down, it gives it a nice layer; there’s another colour underneath it. It’s like a different type of paint.”

Although each musician had their own intentions and desires for what they hoped the EP would be, Hamilton believes the listener’s relationship to the music matters most.

“It’s funny, because people perceive different things in different songs and that’s something we’ve learnt over the years. In a way it doesn’t matter so much – I can have my own intentions for the song and my own hopes for what it’s going to be, but really the more important relationship is the listener, and their relationship with the song.”

Whilst the listener’s experience is paramount, Hamilton also acknowledges that the music industry has changed over the years in ways which force musicians to consider other factors.

“I hate to say it but, these days, bands really have to think of other, extra musical concerns like Spotify playlists, Apple playlists, that kind of thing – such as what song you lead with,” he says. “You don’t want the kids switching to a different track ten seconds in… you don’t want to put the weird experimental one first. Unfortunately there’s a lot of other considerations now in the new streaming era.”

Streaming services have both transformed the way we access music and changed the approach Hamilton takes to the construction of albums and EPs.

“For a band like us who kind of grew up making albums, where people would buy the album and then have it in their car for a couple of weeks and they’d listen to it over and over… you didn’t have to put the single first, you could hide the single up at track 7, or wherever. Those days are kind of over, unfortunately. But that’s alright; times change.”

Still, when working on RAKA, at the heart of their endeavour remained a desire to make the music flow cohesively.

The Presets have been creating innovative and intricate electronic music for over 15 years. In this time, they have witnessed many changes to the industry, but Hamilton feels that their creative integrity remains intact.

“Certainly the way we promote – the way we market the music – has changed a lot over the years.

“But in terms of the actual creation, I think we’re still just the same guys making the same music in the same way that we always have – with all the joy and the ease and the success when we make songs, and then the neurosis and the worry and the anxiety and the questions when you’re making new music; we still enjoy and suffer all that stuff the same way we always have.”

Soon the band will be back on tour, heading to Canberra and Coffs Harbour for Castaway Music Festival. The power and significance of live performances cannot be underestimated in Hamilton’s eyes.

“It’s important for people like us because when we were young, we would go to festivals, see bands and get inspired, learn about things and see how other people do it,” he says. “And then we would go and do the same thing, and younger bands would see us play and they’d get inspired to do it.”

The musician has been very vocal about the social and cultural importance of live music, particularly in response to the NSW Government’s regulations and restrictions.

“Everyone knows about the lock-out laws and the effect that’s had on the live music scene and the nightlife,” says Hamilton. “Then the state government decided to come down really heavy on music festivals too, which didn’t really affect the big major music festivals too much, but it did start to affect some of the smaller players.

“It’s distressing to see a government so willingly take measures which end up destroying part of the culture of the state. Music festivals are so important, live music is so important.”

The Presets will hit Stage 88 in Canberra on Saturday, 1 February. Playing alongside What So Not, Slumberjack, Motez, Touch Sensitive & Banoffee. 18+. General Admission and VIP tickets available. Tickets through http://www.castawayfestival.com or Ticketmaster.

Support Kashmira Mohamed Zagor on Patreon!
9% complete
When we reach $500 per month we will begin the official BMA Podcast. This will include interviews with some well-known musicians and artists, tips and tricks for publishing in print and online, as well as other discussion topics around Bands, Music and Arts in Canberra!