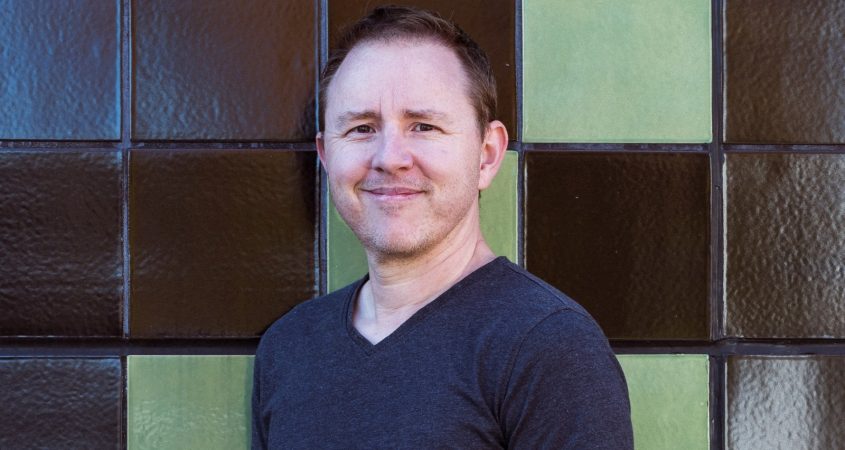 Ahead of his appearance at Local Heroes of Gaming as part of the Game Masters exhibition at the NFSA, we caught up with Ed to discover what makes him tick.

Describe your current job in video games?
I am a Co-Founder and Director at Uppercut Games. Day-to-day, I focus on game design, with a healthy dose of production and business development mixed in.

When, how and why did you get into it?
I lucked into a job in games in 1997, starting as an illustrator for a company called Micro Forte before quickly moving into production and game design. I then worked at Irrational Games on Tribes: Vengeance and BioShock, before I started Uppercut Games with Andrew James and Ryan Lancaster in 2011.

What ideas do you like to explore through your games?
I’m definitely a fan of destruction and isolation as a theme – most of the games I’ve created are set in a post-apocalyptic setting of some kind. I like exploring the different ways civilisation could put itself back together, and what values people would bring with them when rebuilding.

Who/what influences you as a developer?
I’m always playing the newest games, as well as trawling back through games’ history to try ones I may have missed. It’s best to have as diverse a set of influences as possible. The person who shaped my game design sensibilities the most would be Jon Chey (co-founder of Irrational Games) – he was always great at cutting through chaff and expressing a design idea as simply and clearly as possible.

Of what are you proudest so far?
Definitely Submerged. As a zen-like game with no failure and a focus on exploration, it has resonated with players more than we ever thought it would.

What are your plans for the future?
We plan to continue growing slowly and carefully so that we can take on bigger and better projects.

What about the local scene would you change?
I’d love to see more government support for the video game industry in Australia. Uppercut was one of the recipients of the now-canceled Screen Australia Games Enterprise fund, which helped us out immensely. I wish it was still around so other developers could get the same leg-up that we did.

Local Heroes of Gaming happens on Friday, 17 January at 6.30pm in Arc Cinema. Hear from Canberra gaming legends in a series of lightning-round talks featuring Uppercut Games, Mark Schramm (Superhot VR), and more to be announced.
Then you can watch the Sundance Film Festival winner Indie Game: The Movie (2012), the first feature documentary about making
video games, 7.30pm in Arc Cinema. Presented in association with the Academy of Interactive Entertainment and Game Plus. Tickets: $25/$20, available from https://www.nfsa.gov.au/events/friday-lates-local-heroes-gaming-0