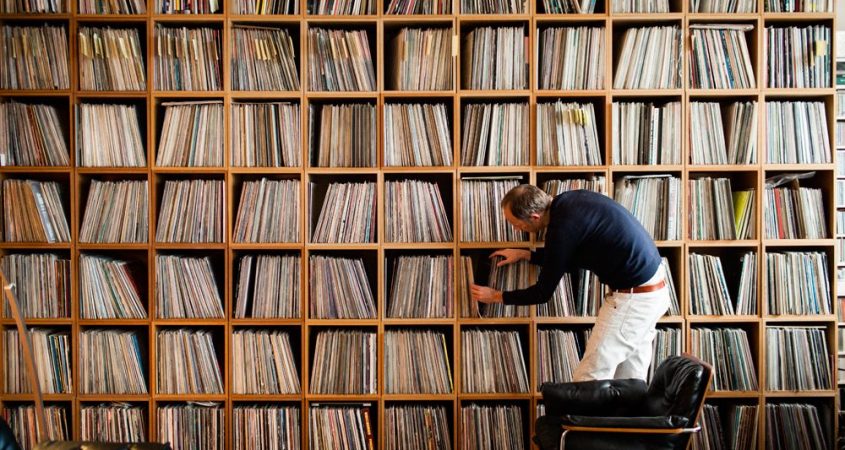 Questioning columnist and music reviewer Cody Atkinson knows his way around an album, and can share a considered and thoughtful opinion to boot. So I reached out to the man to ask him what albums have been occupying his headspace for the past year, if only for my benefit.

But feel free to have a read yourselves, of course – [BOSSMAN SKO]

On album closer and standout Ouch!! (the second song called Ouch on the album), Pinch Points centre the song on a previous positive review of their debut EP by bandcamp writer J. Edward Keyes. The meta-analysis of the review, and the band, provides a concise summary of the group – a million guitar lines, punchy throw-away lines, breakneck speed, and group vocals. Pinch Points are rapidly becoming ones to watch.

The best way to describe All Mirrors is that it is a ‘big’ record. It’s hard to make a small sound with an orchestra backing you, in any case. Angel Olsen has grown and grown with every record, and All Mirrors sees her at the peak of her powers, channelling influences old and new in her own voice.

An instrumental album by a drummer may be a hard sell on the surface, but Holy Spring is far more than an exercise in percussive techniques. The PVT stickman (amongst others) unveils a woozy, dreamlike atmosphere throughout, not worlds away from Boards of Canada or his main gig, but sparser than both.

Like David Bowie’s Blackstar, sometimes when an artist passes away just after the release of a record it alters the way that it is absorbed by a listener. This is certainly the case with David Berman’s only release under the name Purple Mountains (after six records with Silver Jews). Berman’s poeticism runs to the fore, and is endearingly bleak – if that’s a thing. Backed by NYC band Woods, Berman has put together one of the most complete albums of his career that reveals layer after layer on each listen.

Occasionally you hear a record in passing and it just stops you in your tracks. The eponymous album by Canberra/Melbourne duo Earache is a perfect haze to get lost in; a record to lose yourself inside of. On the dreamy side of shoegaze, or the gazey side of dream pop, the interplay between Nourse and Fenderson lulls you into a slightly more blissful place. One of the finer local albums in recent years.

Good music, the real stuff, sparks you into some kind of action. There’s music to dance to, music to drive to, music to clean to – everything. Wraith, the fifth album from Teeth of the Sea, is music to create chaos to, or at worse contemplate it while listening. There’s a lot of big sounds here – horns, drum machines, large synths – and a lot of space behind which it operates. Listen at night, with headphones on.

Geelong, and Anti FADE records, had quite a year. Hierophants, Ausmuteants, Parsnip, and a whole lot more put out great albums, but the second one from Gonzo is probably the pick of the bunch. Do It Again Better has about all you’d want from a rock album in 2019 – enough grit to get the blood racing, enough variety to keep it interesting. It makes you think about Geelong as a tourist destination, as long as they keep belting this out. This doesn’t slap; it destroys.

It’s 2019. Bakesale was released a quarter of a century ago. Sebadoh has no right releasing an album this damn catchy and vital this far down the track, when most bands are firmly in the “classic album cash-in” phase of their careers. Maybe it’s because they never ascended into the stratosphere that they were able to keep their edge, or their shared output kept pushing each member to only put up their best tunes. Regardless, Act Surprised is a super repeatable listen.

Like the Geelong scene, the sort of Hotel Motel/Osbourne Again-ish scene and affiliates had another stellar year (Lachlan Denton’s A Brother deserves a listen immediately). Skydeck’s Eureka Moment isn’t on either label (instead Sydney’s Dinosaur City), but it shares the same lyrical strengths from those scenes. But, classifying it as a pop or a guitar record would sell it short – it sort of fits on its own.

Every review of No Home Record inevitably starts with the reviewer mentioning Kim Gordon’s age, or the fact that she has been making music for 38 years. Maybe with the fact that it is her first solo record. That wouldn’t matter if it wasn’t so good, and didn’t fit so well now. No Home Record is part noise rock and part dance, seemingly built with sound and textures collected across the decades. Gordon has been able to craft something that clearly articulates the fresh start that she has made, and the current time, and made it damn enjoyable to boot.