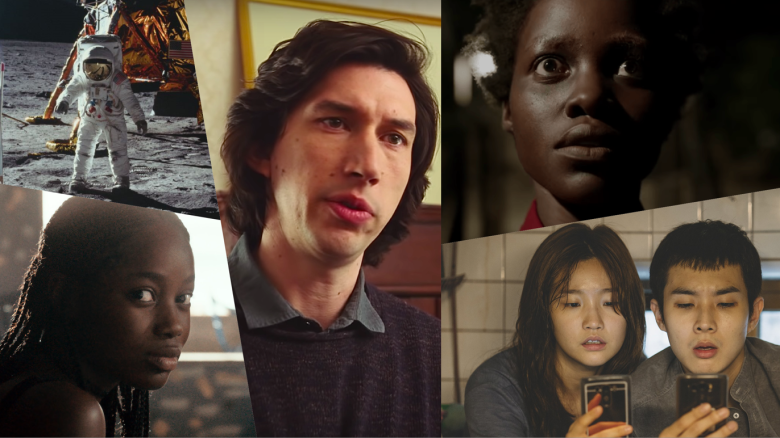 Over the past year at the movies it got personal.

Major film studios have merged, cinematic universes have formed, and blockbusters are now too big to fail but, somehow, the films that stood out in 2019 were the ones that cut deep.

10. If Beale Street Could Talk

Nobody shoots close-ups like Barry Jenkins (Moonlight). Prepare to swoon and then cry. A lot. Romance sits beside tragedy in the adaptation of James Baldwin’s novel.

A whodunnt that understands the deadliest weapon of all is American privilege. Let’s hope there are at least eight more of these Detective Benoit Blanc mysteries (Daniel Craig may have found a life after 007).

A late-career master work from Martin Scorsese that examines the value of a life through the filter of a crime saga.

Pedro Almodóvar gets autobiographical and delivers a stunner. A beautiful film that explores how we use storytelling to reflect and process. Antonio Banderas is Almodóvar’s avatar and it’s an unforgettable performance.

Sometimes it takes a village to end a relationship. Ari Aster made us not want to sleep thanks to Hereditary and his follow-up film made you not want to sleep with anyone. A horror film about what happens when you take away the systems, enabling men to be cowards.

“A divorce is a death without a body.” An honest and deeply personal reflection of the toll of divorce and finding a way to fit into the new lives of ex-partners. Scarlett Johannsson and Adam Driver give career-best performances.

4. Once Upon a Time in Hollywood

Quentin Tarantino’s heartfelt throwback to old Hollywood doubled as a resignation letter. A melancholic film about the inevitability of change and the certainty that all good things will come to an end.

Jordan Peele’s sophomore film shows how American society justifies and compartmentalises the horrors of its foundations. Lupita Nyong’o gives a hell of a two-for-the-price-of-one performance.

The best science-fiction film of the year shot Robert Pattinson into space for a paternity odyssey across the cosmos. Claire Denis gets existential on the edge of the galaxy.

No film summed up life in 2019 like Bong Joon-ho’s ingenious tale of intertwined families in South Korea separated by class. A blistering takedown down of life under capitalism with so many wild twists.