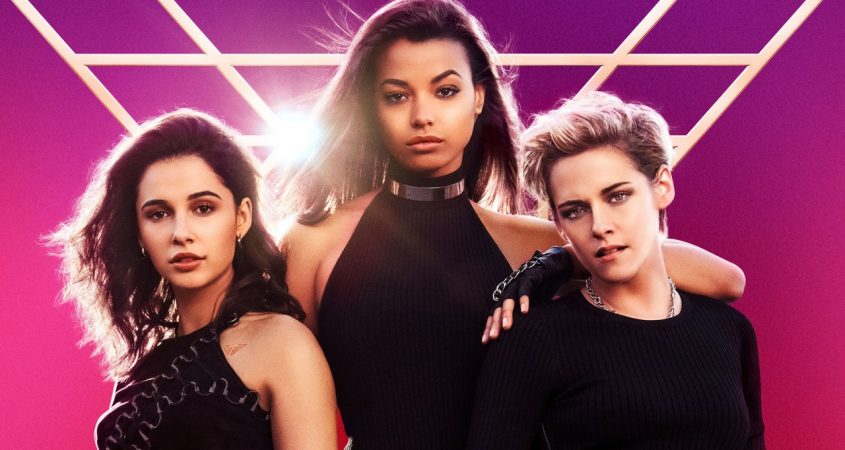 If you’ve seen the 2000 movie version of Charlie’s Angels or its 2003 sequel, Charlie’s Angels: Full Throttle, both of which starred Cameron Diaz, Drew Barrymore, and Lucy Liu as the agents — “angels” — of Charlie’s detective agency, you may recall three watchable women having a lot of fun beating up bad guys as they save the world from destruction.  Those movies raised the bar on the instant-hit TV series, with high production values and lots of plot surprises.

The 2019 Charlie’s Angels features Ella Balinska and Kristen Stewart as two angels central to the plot; Elizabeth Banks as the new Bosley (now a rank rather than a name); Patrick Stewart as retiring John “Bosley”; and Naomi Scott as Elena Houghlin.  Elena enlists the agency’s help to prevent weaponisation of a powerful energy generator — and the indomitable, glamorous angels dive headlong into situations impossible to survive, filling the screen with adrenaline-pumping fun.

Other differences in the new movie may be more profound.  The 2000 movie’s plot focuses on the angels’ prevention of the misuse of voice-recognition software for invasion of privacy, and its heroines use minimum force.  The 2019 remake, rather more psychopathic, dispenses utterly with others’ privacy, using universal camera surveillance to locate its target, and has its heroines memorably and casually drop a security guard from a great height, without evident cause to do more than simply tie him up.  Evidently the screenplay’s writers’ values differ in significant ways from the original movie’s writers’.

Such concerns aside, the new Charlie’s Angels, shot largely in Germany and Turkey and rich visually, is a great deal of fun.  Filled with quick decisions, mistakes, betrayals, guns, explosions, chases, and cool devices, it’s engaging without being stressful.  And its clever lines, wicked sense of humour, and driving but not overbearing soundtrack make it a great entertainment to share.