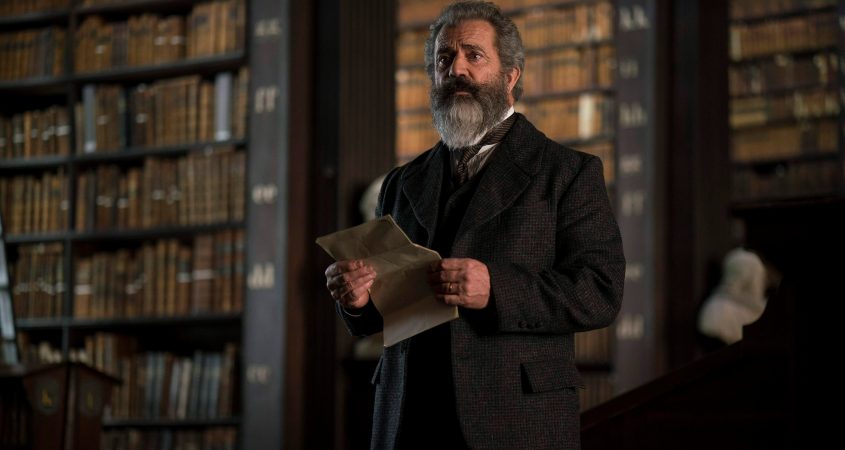 A record of the creation of The Oxford English Dictionary may sound as though it would be dry stuff.  But The Professor and the Madman — adapted, with a luscious score, from Simon Winchester’s erudite 1998 account, The Surgeon of Crowthorne: A Tale of Murder, Madness, and the Love of Words — has at its heart the dedication, even obsession, of two men to the task of recording English words and an unbroken trail of their historical meanings, in defiance of social conventions, professional jealousies, and even paranoid delusions.

The first is schoolteacher James Murray, whom the dictionary’s governors hired to organise its creation.  When Murray put out a call through bookshops and libraries for volunteer contributors to send in words and quotations, the man who became his greatest contributor was a former U.S. army surgeon, Doctor William Minor.  When Murray determined to meet him, he learned that Minor was an inmate of Broadmoor asylum for the criminally insane, to which he had been committed after murdering a stranger in an episode much later diagnosed as schizophrenic.

It is in particular the warm relationship that developed between these two men of letters that forms the subject of the film.  Gratifyingly, the film retains an almost perfect appreciation of language, with dialogue that is no less than superb: enlightening, surprising, and at times humorous or moving in its language.  And its principal actors — including Mel Gibson as the sturdy Scot James Murray; Sean Penn as the incarcerated Dr William Minor; Natalie Dormer as the bereaved Eliza Merrett; Steve Coogan as Murray’s chief supporter, Frederick Furnivall; and Stephen Dillane as the asylum’s head, Dr Richard Brayn — make their roles utterly convincing.

Whilst it was Murray’s creative stewardship and persevering meticulousness that oversaw the dictionary to near completion, the story of how William Minor’s own contributions came about and of their role in his own life makes their joint success all the more poignant.  That the Oxford remains the most comprehensive dictionary of a most complex language is testament to the tenacity and dedication with which these several characters acted in real life.  To see them acted on the screen with such veracity will fill any logophile with a warm sense of the solidity, the compass, and the adaptiveness of the resultant edifice.