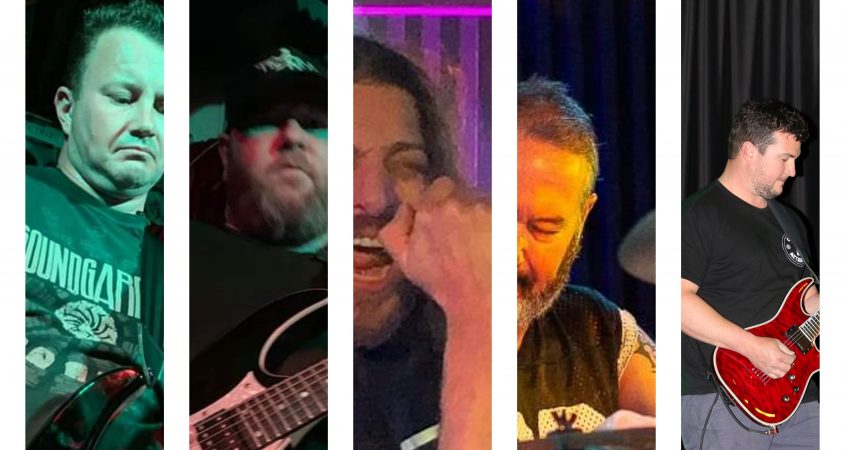 With their debut self-titled album still fresh (click here for Vince Leigh’s in-depth review), and a coupla Canberra shows on the horizon, we thought it high time to catch up with five-piece purveyors of heavy music, Clarity of Chaos. Vocalist James Dohm tells us how it is.

We had a ton of different names and quickly found out how many were already taken and the name we stuck with was the one that nobody instantly went ‘nup’ to.

Heavy is what we like to think we are. Not over-the-top brutal. Just HEAVY.

Slayer, King Diamond, Alice in Chains, Killswitch, Lamb of God, is just a small sample of what sounds we like to have in Clarity of Chaos. But of course, there’s too many to really cover.

What are some of the most memorable experiences you’ve had as an artist?

Playing interstate gigs in our first year of being a band. Second show we played we were approached by a studio to record with them and a year-and-a-half later we had done so and released our first full length album with David Pendragon and Jack Buchanan.

Getting through a set without Toby making a mistake (he will always have one).

We have just begun writing a new album which is always fun and really, that’s what it’s all about. Plus, we finally started shooting our first video

The look on Toby’s face when he makes a mistake in our show is absolutely priceless. Toby is pretty hard on himself when he dose so either in rehearsals or live. So keep an eye out for it at our shows! [I’m sure this profile really going to help the lad’s confidence – BOSSMAN AL]

When Toby makes a mistake.

More venues would be fantastic now that Canberra is turning into a city from a small country town. There is definitely an opportunity for someone to start putting on local original bands. It doesn’t matter what your taste in music is; there’s a wealth of talent out there.

Seriously, if you have friends in bands then get out and see them play. You won’t be disappointed.

If you miss us playing with Largerstein on the 15th on November at The Basement, you can all get down for our first show of 2020 at Transit Bar on 24th of January with Flaming Wreckage, Mason, and Innaxis.