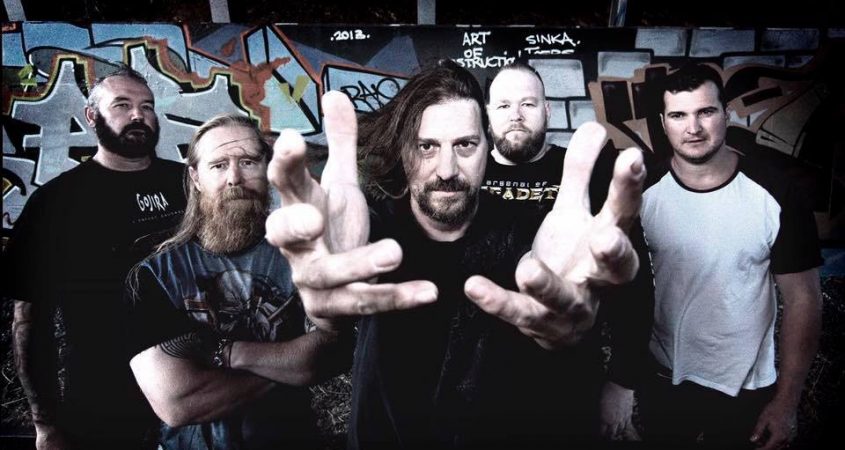 The self-titled debut album from Canberra’s Clarity of Chaos has just been released, and if you thought the metal genre had been recycled to the point of obsolescence this ten-track sonic treatise will no doubt change your mind.

Part of the new wave of Australian metal, Clarity of Chaos has delivered an intense and fiery mix of melodic groove metal and metalcore worthy of attracting global attention.

It kicks off with Final Warning, a blitzkrieg of an opener which quickly attunes the listener to the lay of the aural territory. There is speed, there is meaty distortion, and the dazzling proficiency of musicians shredding and slamming their way through a rousing exhortation.

However, amid this deep earth rumble, following on from the chorus, another side to the band’s full-frontal assault is revealed when a surprise chord change allows a soloing guitar to usher in a melodic interlude.

This element, of sneaking in a slice of almost sweet respite between the wall to wall sledgehammering, appears on a number of other tracks here (Suspended, Break Me), a style quirk that broadens the scope of the band’s fulminating sound.

In other songs, this melodic vein is more obvious, issuing forth from vocalist James Dohm’s gravel and gruff, such as in Bring Back the Tide, with the bullet fire guitars and relentless drums providing a bracing counterpoint to the canorous line of the chorus.

There is another trope harnessed here, the mix of grooves within the one song, and yes, perhaps a typical one for the genre but one that proves beyond a doubt the high level of musicianship on display here, an aspect of metal that might easily be overlooked.

Drummer Darren Mead is in full flight throughout most of this record and kept tethered to the ground by bass player Kris Farrant with guitarists Timothy Whalan and Toby Lagan proving to be masterful exponents of power and euphony.

The production is impeccably smooth at the low end with guitars sitting exactly where they need to and despite the prominence of the drums in this soundscape, there is not a moment when it deters from the vocals or anything else for that matter.

It is a splendidly even sounding record, proving that independently produced records can compete with the goliaths of the international metal scene.

Less metalcore than one anticipates, Clarity of Chaos fits somewhere between Lamb of God, Pantera and Finland’s Profane Omen. The local buzz around the band will surely extend to the rest of the country and beyond with a line from Forgive and Forget, another visceral and supercharged cathartic roar from the album, becoming quite prescient:

“We’ll take what’s yours, make it ours.”