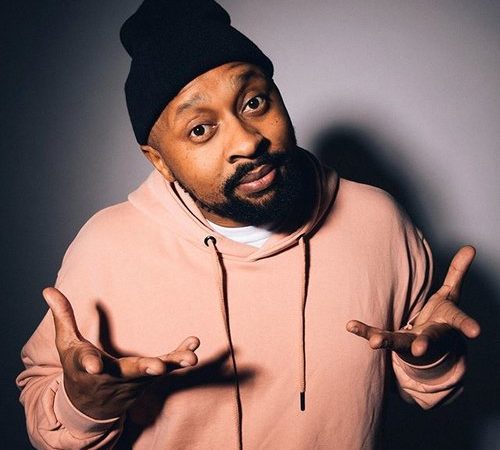 KG’s last two single releases, Change and Come Along, feature on his new EP, DOIN’ ME but the South African born Canberra based rapper has also added a few surprise elements to his brand of hip-hop, his dedication to the genre clearly on show.

The set kicks off with the title track, which sees KG shift his focus to the inner workings of his artistry with lines such as, ‘Do people really care if I’m here or there?’ The song frees KG of the more robust social justice centred themes of his earlier work to revel in the more playful aspects, with the chorus hook of DOIN’ ME, an infectious melody reminiscent of something from Outkast, highlighting this.

Come Along, a track that features Mirrah, follows with its invigorating yet slightly melancholic twist, a rallying call whose edge is sweetened by Mirrah’s persuasive cadences.

With Change, KG utilizes a weightier message, a different call to arms but one that nonetheless cuts through with rawness and a slow-burning exposition of oppression.

With Hustle, which features vocalist Mi-kaisha, we get yet another layer of KG’s multifaceted approach, while maintaining the urgency and dynamism of the previous tracks. But here we have a slam dunk chorus that contains a piece of melodic joy with the line, ‘We’re gonna make it in the city’, melded to the gritty avowals.

Staying humble is the missive highlighted in Live It Up, a track that embraces a party ambience, the young wanting to be young forever, the typical proclamations one might argue but when considered within the context of the other tracks the sound is refreshingly valid; this an example of the two sides of KG’s infused sensibilities, creating a thoughtful whole.

The EP concludes with Day/Night, a suitable track to close on, as it harnesses a mood of optimism and buoyancy with lines like, ‘No matter where we go you’re always there to check my ego’, alluding to an intimacy that transcends some of the heavier tones of the other tracks.

But it’s no less effective, leaving the listener with the feeling that KG’s creative spirit is in fine form, attentive to the political possibilities as well as the personal.