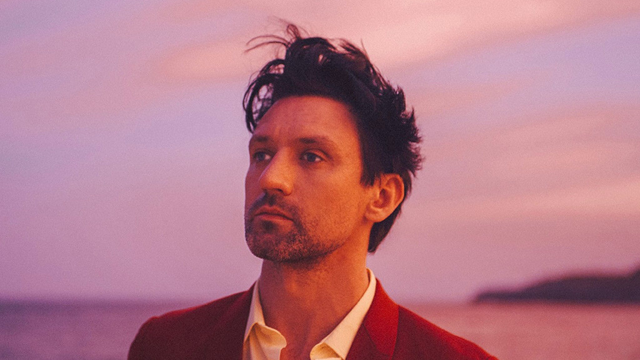 Along with bassist Stephanie Ashworth and drummer Clint Hyndman, PAUL DEMPSEY has just returned from sunny Byron Bay after wrapping recording on the new SOMETHING FOR KATE album with producer Nick DiDia and assistant Troy Gilchrist (DiDia has worked with other Aussie treasures like Karnivool, The Living End, and Powderfinger). Some days after we speak, the band jetted off to Toronto for the album to be mixed with Howie Beck – things move quickly, something that will no doubt please their dedicated fans.

“He [DiDia] was great to work with, and the studio is fantastic, and you know – it’s Byron Bay. The weather’s better than winter in Melbourne,” Dempsey tells me over the phone. “It was nice to get out of town, away from our familiar surroundings, which is pretty much what we do whenever we make a record.”

When I ask if Byron had an effect on the songs, Dempsey tells me that it’s more about the band getting away from what they’re used to.

“I don’t think it’s so much about the location, more just about not being surrounded or beholden to your everyday, regular, home life,” he says. “That really is what breaks the spell. As much as we possibly can, we just like to be completely focused on the recording.”

Now with families and kids, life for the band has changed over their 25 years, and there are a different set of responsibilities and routines that band life needs to work around. Gone are the days of just booking a tour and jetting off when the feeling strikes. However earlier in the year, before the band went to Byron Bay to record, Dempsey played a series of shows at The Gasometer in Melbourne, where he road tested a handful of the new SFK tunes to a live audience.

“We were still in the thick of writing at that point, and sometimes I’m just not sure about a song until I just try and bash it out live,” he says. “Sometimes I’m sort of nervous about it, and I’m not sure about even showing it to anybody, so I guess I kinda have to force myself onto the spot.”

His band-mates were along for the ride too. “Clint and Steph were obviously in the audience most nights, listening to what I was doing, and then they would come at me with pages of notes,” he says. “Even though all three of us weren’t on the stage, it’s really valuable for them as well, just to hear me play the new songs live. I write all the stuff, but they really get in there and pull it apart, suggest changes, and I open myself up to that.”

Fans of SFK and Dempsey’s work will know that not only do they have a musically distinctive and diverse catalogue, but that Dempsey’s lyrics carry a beautiful, vivid descriptiveness to them – without it ever being entirely obvious what they’re about. Dempsey’s process of writing those lyrics is one he works hard at, and he has traditions that pair up with that process: such as burning the words he wrote along the way in his Moleskine notebooks. The notebooks for the upcoming album haven’t been burnt – yet – but he assures me that they are “destined for the flames.”

“I did it after our very first EP,” he says. “I had a notebook with all the kind of rambling, stream-of-consciousness crap that was a part of that journey towards those lyrics, and I just instinctively didn’t want it around anymore. It’s really like spilling the inside of your brain and your heart out onto the page … I just feel like when I’m moving forward, beginning to work on the next project, I need a clean slate.”

Dempsey has his own prolific solo career humming along at a nice pace these days, and soon enough he’ll be playing for us at the Canberra Theatre Centre. Apart from performing being “pure enjoyment” for him, playing live is also about Dempsey’s relationship with the crowd.

“When there is that sort of collective feeling in the room, you feel like there is no separation between the person on the stage and the people in the audience,” he says. “Everyone’s there for the same reason, and everyone is on the same trip for a little while, and there’s very few opportunities in life where you can really feel like you’re on the same trip with 500 other people … It’s like a collaboration with strangers.

“You’re just all in something together for a little while. And when that happens and it’s really great, you could be anywhere. You leave the moment, you depart from yourself.” He laughs, but I agree with him – it’s true. The best gigs do feel that way.

It’s hard to talk about a band like Something For Kate and their 25 years without talking about how so few Australian acts make it that long with sustained support from the public and their fans.

“We just feel incredibly grateful to our audience,” Dempsey says. “Our first responsibility is to ourselves, to the three of us, to just keep it special and keep on doing things our way.”

Not many bands are lucky enough to have an audience like that, either – one where you could reinvent your sound and start doing something new, while having fans embrace it with open arms. It’s fitting then that SFK’s last album, Leave Your Soul to Science, ends on the line: ‘There’s never been a better time to begin.’

“That song, Begin, it’s about the moment,” Dempsey says. “That every single second is an opportunity to begin. So I guess we don’t look too far ahead, and we don’t have big master plans. For us, it’s all about just staying true to what we’re doing right now, in this moment. Let’s just make a great record and go and have a blast playing it live.”

It’s a plan their fans will no doubt be very happy with.