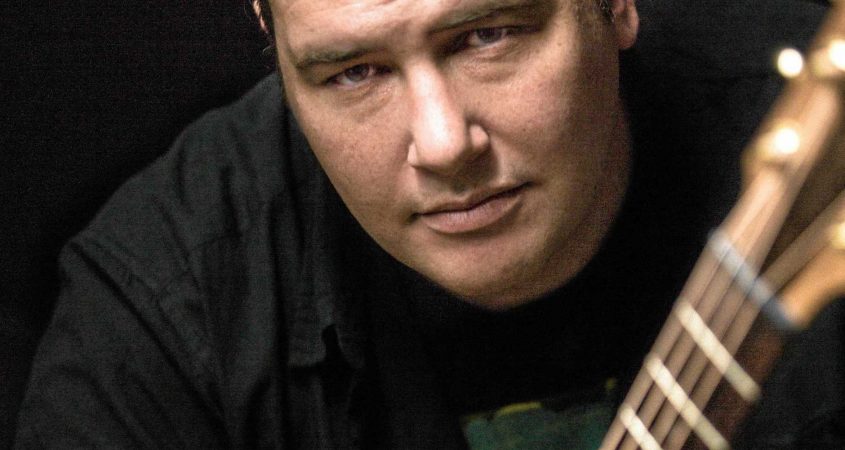 While other regional centres such as Goulburn have had theirs running for years, the new Red, White, Amber & Blues Festival at the George Harcourt is a first for Canberra.

It features a mammoth line-up of Australian blues royalty, including Chain, Kevin Borich, Russell Morris, and The Bondi Cigars. The talent list would not be complete without one of the nation’s finest blues exponents, Lloyd Spiegel.

It gob smacked thwe man when he found out about it.

“Honestly, the line-up bowled me over when I saw it. I actually can’t remember seeing a bill this strong in a venue festival like this. It’s a giant leap and as far as I’m concerned; a great way to kick off a new event. Just bring the best.”

Asked if he was appearing with a support band or running solo, Spiegel stated: “I’ll be solo for this one. I play with a drummer on the rest of the tour so this will be a good chance to mix up my set.”

He relishes the flexibility of a solo show, as it grants him the ability to walk on stage without a setlist and really play up to the crowd and the moment.

Spiegel’s most recent release, Cut and Run, represents the end of a trilogy of records, made over three years, with each one written during the touring of its predecessor. The creative writing process differed over the three albums.

“With each one of the last three, I’ve gained more and more confidence in the sense of giving honesty to my audience and feeling each time that they’ll follow me into that new song or new sound. It’s been a really freeing experience, putting them all close together so I can lay them end to end and see myself opening up to my audience more and taking more risks because of it.”

In his songwriting, lyrics are often directed inwardly, as he self-analyses and delivers messages to himself, in a process that helps Spiegel deal with life.

“It’s cheaper than therapy but it’s kind of the same. It’s talking it out before you really know the root of it and allowing it to make sense in its own time. I usually don’t get to the core of what a song is about til the album is being mixed and I’m listening to it on repeat in the car. Before that, it’s just a bunch of thoughts out loud that don’t make much sense. Once I start piecing where it all came from together, I find myself feeling a tremendous weight lifted off my shoulders.”

The artist’s latest LP includes track Tokyo Blues. Japan is not a country you usually associate with a love of blues, but Spiegel has a strong following there.

“Some of the biggest crowds I’ve ever had have been in Japan and there’s something about that country that brings out a childlike mischief in me. It’s probably because I don’t even remotely fit in there so I give myself a pass to just go with it and stick out as much as possible. That song brings me great joy because it embraces that feeling I get.”

Asked about his favourite song on the LP, Spiegel stated: “I particularly like Rattle Your Cage which I wrote after seeing the American high school students stage walk out protests over gun control.” As he gets older, Spiegel finds it exciting to see kids standing up and being counted, and he felt compelled in his own way to tell them: “I see them, I support them, and I’m proud of them.”

Spiegel enjoys developing the next generation of blues talent, and led a guitar masterclass at this year’s Melbourne Guitar Show.

“I was lucky to grow up in a supportive scene where guitarists always had time for me. I feel it’s an obligation to do the same. The true aim of any musician is to have a link in the chain of its evolution; helping others move forward does that. The workshops demystify a lot about both the instrument and the industry and I usually learn a thing or two as well.”

He played an enthusiastic role as an ambassador to Youth in Blues. “Working with young musicians is a passion for me. I was ten when I started playing around Melbourne so I know how baffling it can be to a kid who wants to perform but doesn’t know how it all works. It’s not a selfless act though. Ha! Feeding off the enthusiasm of young players reminds me of where I came from, and that after all the touring and recording etc at the end of the day, it’s just great to be able to pick up a guitar and play something on it.”

Followers of music trends may wonder about the future of the blues genre, in this era of producers and hip-hop. However, Spiegel believes there is nothing to fear.”‘I’m seeing more young blues talent now than I’ve ever seen in my 30 years performing. It’s not always the traditional sense of blues but that’s a great thing. It’s a really exciting time for Australian Blues I think.’

The Red, White, Amber and Blues Festival is on at the George Harcourt Inn, 3 Gold Creek Rd, Nicholls, on the weekend of October 25-27. Full line-up, dates and tix are available at georgeharcourt.com/content/blues-fest-canberra