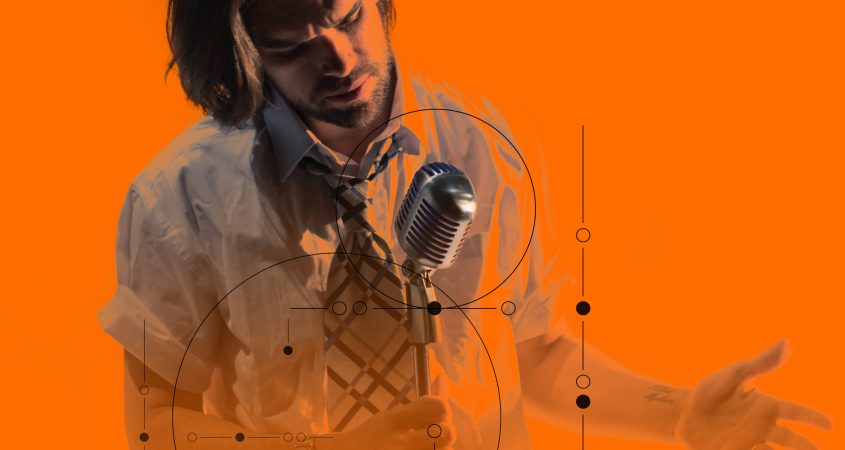 When thinking about some of the greatest human inventions, it’s easy for the most common things we use today to be taken for granted. From televisions to cars to computers, once inventions become a mainstay of modern society, the story of how they came to be often becomes decreasingly talked about as the years go by.

Equally common is the assumption that all great inventions happened overseas, particularly in the USA. These two key points highlight the story of Australian inventor, David Warren (pictured above), and his invention of the black box flight recorder, also known as the Aeronautical Research Laboratories (ARL) Flight Memory Unit. While versions of flight recorders had been around since 1939, Warren’s was the first to record the sounds within the cockpit, as well as the plane mechanics, in the event of a crash.

When he was just a boy, David’s father, Rev Hubert Warren, was killed in a light-plane crash in the Bass Strait, somewhere between mainland Australia and Tasmania. The last gift he received from his father was a small crystal radio that he treasured immensely. It’s probable that the combination of family tragedy, his creative mind, and love of mechanics set David on his inventive path.

The Street Theatre’s director, Caroline Stacey, along with Helpmann-Award winning lyricist and playwright Alana Valentine, and ARIA-award nominated composer Sandra France, bring together a masterful ensemble of Australian artists to perform Flight Memory – a song cycle consisting of ten original compositions about this understated and remarkable device, and its inventor.

I sat down with Liam Budge, one of the three vocalists in Flight Memory, to chat about this original work, commissioned by The Street Theatre. This will be Budge’s first performance back in Australia after having spent the last six years living in New York.

“[Flight Memory] is not just a focus on the invention itself; it’s also a character study about David Warren, the challenges he faced, and how he overcame those,” says Liam.

And there were many challenges. Pilots assumed they would be spied on and didn’t want their voices being recorded. David’s employer wanted him to spend less time on his invention as they saw no need for it. And there was also the general attitude of the invention not being a good idea because America ‘hadn’t done it yet’.

Echoes of this second-best, not-good-enough kind of attitude occur all too frequently in the Australian psyche and, as David experienced, can be a real barrier to career progression. Liam reflects on the parallels between these attitudes in his own career experience.

“People wrongly assume that you’re a better musician just for living in New York,” he says. “New York doesn’t make you a better musician. It allows access to different things but there’s certainly an element of things overseas having, to Australians, this intangible beauty about them when, actually, the same beauty exists in Australia…Canberra’s a great place and there are brilliant musicians [here] who are as good as anyone in New York.”

I asked Liam about the music in Flight Memory.

“Stylistically, it lends from a lot of different genres – jazz, pop, classical…there’s elements of these sounds that are going to be incorporated. Kimmo Vennon is involved, so I imagine he’s going to do things that evoke planes and create an atmosphere and, through the text, through the lyrics, there’s references to pilots and planes and airports; shaping the narrative.”

There’s also a bit of spoken dialogue between the songs that helps to string the story together.

The calibre of artists in this project really is the cream of the crop. Along with Liam, the other vocalists include multi award-winning jazz musician, Michelle Nicolle, and Canberra’s renowned singer, Leisa Keen. Onstage with the trio will be a number of familiar names in Canberra’s music and arts scene including Gary France, Brendan Clarke, Tom Fell, Jess Green, and Ben Marston. As already mentioned, Kimmo Vennon is doing sound design. Imogen Keen has designed and created the sets and costumes, and Nik Pajanti is the lighting designer.

“Institutions like The Street Theatre form the centre of the Canberra arts scene,” Liam enthuses. “Them doing such compelling works, even commissioning this work from Sandra and Alana, shows great faith in Australian creativity. It’s the antithesis of what David Warren faced.”

David Warren never made a cent from his invention but his contribution to aviation safety is now widely recognised within the industry. This original Street Theatre work is a great tribute to this Australian hero.

Flight Memory runs at The Street Theatre from Thursday, 14 – Saturday, 16 November at 8pm, and Sunday, 17 November at 4pm. Tix range from $44-49 and are available from thestreet.org.au