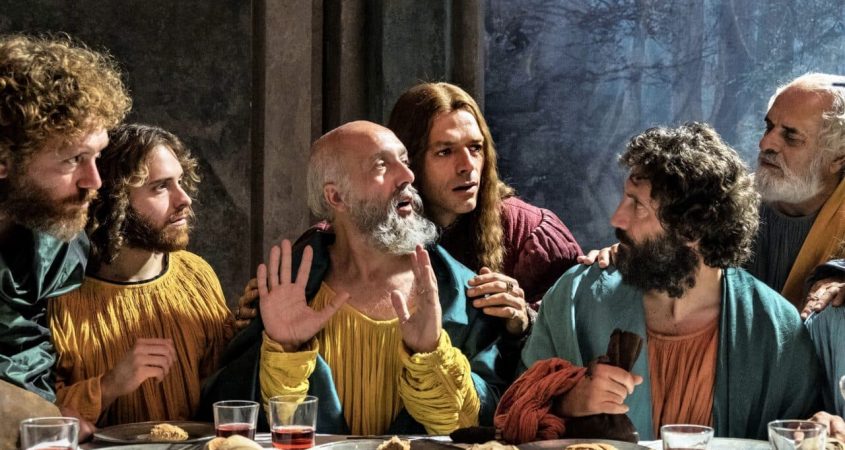 Unlike many other documentaries about Leonardo Da Vinci, Amazing Leonardo explores Da Vinci’s techniques, inventions, and detailed output less than it does what went to make up the man and his life.  In taking us through Leonardo’s life journey, the film uses the unusual device of addressing in voiceover the audience in the second person as Leonardo himself.  It is at first a little strange, though you soon get used to it.  The film also depicts Leonardo — chiefly as a man in his low twenties — chiefly speaking, possibly to us, verbatim from the notes that Da Vinci himself made about his dreams and ambitions, successes and failures, hopes and disappointments, visions and feelings.  It’s a remarkable journey.  The insight it offers into Da Vinci’s day-to-day work and interactions is, probably by necessity, patchy; but what it lacks there it makes up for in providing a sense of what directed his life.

The film’s content provides a perspective on Da Vinci that may be new in cinema, but the filmmakers’ remarkable attention to their own artistic technique makes it an especially fulfilling cinema experience, as they make every scene cinematically outstanding and have visually represented aspects of his life in ways that give the artist in us all an internal sigh of contentment.  From the titles’ use of mirror-writing (an invention of Da Vinci’s) and of forward motion through an (almost certainly “painted”) series of arches to dramatic interaction of nature with his work output in the closing scenes, the film’s representation of a painstaking genius is itself painstaking, and it pays off in the sense it conveys of visual completeness.  The session I attended enjoyed a full house.  If you can catch it in a “popular demand” or mainstream session on the big screen, it’s worth seeing.