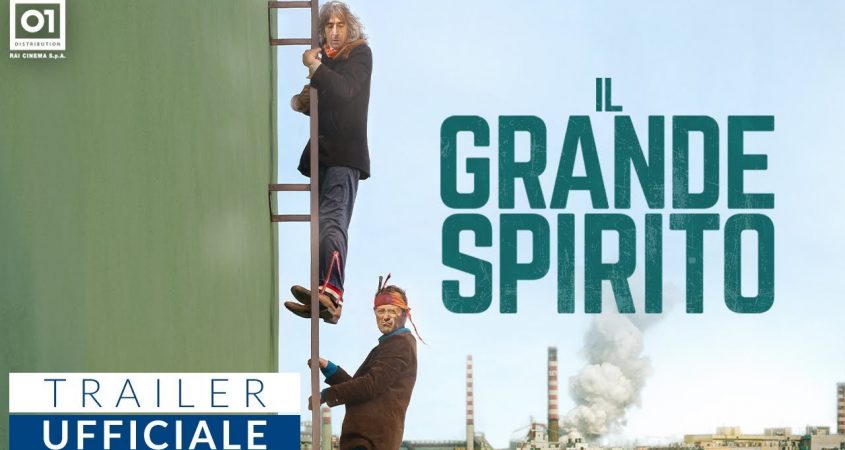 Tonino (Sergio Rubini), provocatively nicknamed Barboncino (poodle), is a dishevelled-looking thief whose accomplices consider him unreliable and past it but include him in their latest scheme because they need a look-out man. The thieves embark on a robbery, which they manage to bungle. Tonino, taking advantage of the chaos, grabs the loot and escapes over the rooftops, leaving his accomplices to their fate.

They are soon in hot pursuit, chasing Tonino from rooftop to rooftop, and ending up in the territory of another gang, thus sparking a gang war. It seems just about everyone now wants to see Tonino dead.

Trapped on the rooftops framed by the Ilva steel factory on the outskirts of Taranto, Tonino hides in an old water tank, which is occupied by Renato (Rocco Papaleo), a strange man who declares himself a Sioux Indian guided by The Great Spirit. If there are two polar opposites in every way, then Tonino and Renato are they, and Tonino readily calls Renato a lunatic.

Frustrated and just wanting to get away with the loot to enjoy the high life, Tonino tries repeatedly to escape from Renato’s squalid home. Thwarted at every turn, he is forced to enlist Renato to help.

The Great Spirit is a truly remarkable film. Set in an unattractive and unenviable environment of physical and spiritual squalor, this film wouldn’t seem to have much to recommend it. But Sergio Rubini, as Tonino, and Rocco Papaleo, as Renato, are outstanding as they compellingly bring utterly disparate characters to life and show, with beautiful subtlety, that there are extraordinarily different ways of seeing the same facts in life, and more ways than one to freedom.