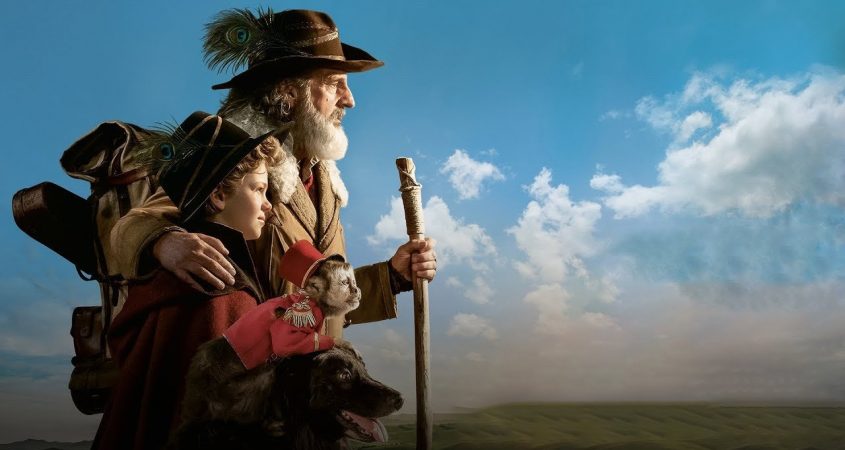 Remi, Nobody’s Boy (based on Hector Malot’s 1878 novel Sans Famille) tells the heartwarming story of a good-natured 10-year-old, Remi (newcomer Maleaume Paquin), abandoned as a baby but taken in and loved by Madam Barberin (Ludivine Sagnier — Peter Pan and Molière), and the vicissitudes that lead to his apprenticeship to an itinerant street musician, Vitalis (Daniel Autieul — Manon of the Spring and The Widow of Saint-Pierre) with his performing troupe: a dog, Capi, and a capuchin monkey, Pretty-Heart. Remi soon embraces his apprentice role, unaware that his new master plans to nurture Remi’s talent as a singer — or that one of the friends they make along the way, Madame Harper (Virginie Ledoyen — The Valet and Farewell, My Queen), will take the trouble to locate his birth family.

The troupe’s fortunes rise and fall as the company travels the country and encounters the good and kind as well as the greedy and bloodily indifferent. A police encounter leading to Vitalis’s imprisonment has a fateful outcome for the troupe, foreshadowing another, even more serious encounter between Remi and corrupt officers of the law. Ultimately, though punctuated with sadness, the tale is a moving triumph of selflessness over selfishness — possibly accounting for the many, many adaptations it has enjoyed since its original publication.

The film’s settings are a richness in themselves, ranging from crowded inns and the poorest huts to sumptuous grand estates; from forests and rivers to barges and villages hand-built of stone. The troupe’s performances constitute quiet highlights, as do the life lessons that Vitalis imparts to his protégé.

Through perfect casting; a delightfully crafted story; careful costuming; and natural acting, the film succeeds in conveying the full gamut of heroism, kindness, cruel indifference, meanness, and prejudice through life’s tragedies and victories, and most powerfully the difference that a good heart can make to the lives of many. Its lead characters, and many others, stand out in memory as Dickens’s do, and the cinematography itself is consistently outstanding. This moving adaptation is one you’ll long remember.