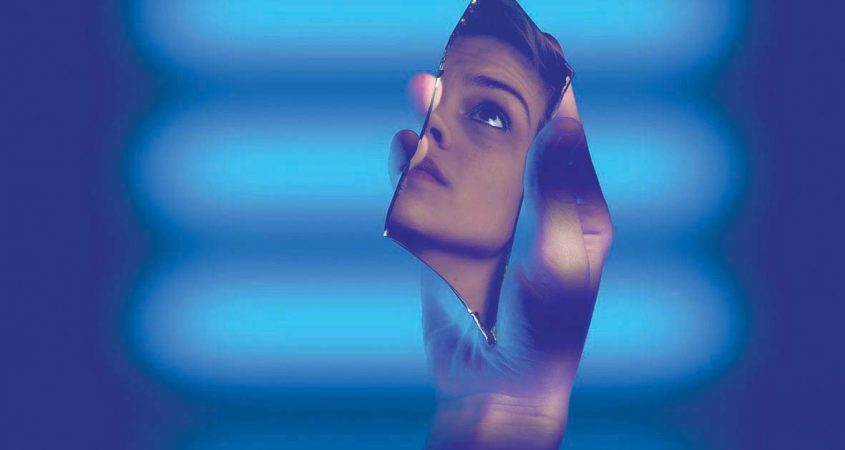 The Street Theatre’s upcoming production Fragments is set to be a powerful and emotive show fuelled by Canberra’s next generation of actors.

The insightful script is the latest offering from local author and playwright Maura Pierlot, with eight intertwining stories giving a voice to struggles that can be so personal, yet somehow universal.

“All of the characters are searching for the same thing, that is connection. But none of them realise that,” Fragments Director Shelly Higgs said.

This work shows the people that exist under conditions like depression or anxiety, as well as tumultuous journeys like discovering sexuality and gender-orientation. All of this exists in the context of high school and the immense pressure of living a picture-perfect life for social media.

“One of the characters, Reena (played by Erin Pierlot), is especially affected by social media – craving the positive affirmations from her growing number of followers. Her story highlights the impact this has on her self-esteem, who she is, compared to who she thinks she should be.

“Ultimately, this plays into her body dysmorphia and obsessive thoughts about being overweight. Again, it’s this disconnect between reality and what is perceived to be real.”

Another one of the stories depicts a desperate fight for internal survival as Nicky (played by Damon Baudin) tries to reconcile their gender. The reaction of their parents is that this is a condition that can and must be ‘cured’.

“Nicky is a wonderful character; gosh you feel for them,” Shelly says.

“We’re having a consultant work with us on that monologue as well because I think it’s imperative when you don’t have that experience to talk to people that do.”

Fragments aims to start a conversation about mental health and the things that can influence it. It’s also about chipping away at the stigma that can stop people from getting help.

“When you’re feeling isolated and like your story isn’t spoken about, then it’s easy to feel like you’re not important, or you’re on the outside,” Shelly.

“The more we can do to integrate a whole lot of stories and different people the better, because then more people see themselves represented and think: ‘I’m not alone, I am part of something bigger, something seen’.”

Fragments is part of October’s Mental Health Month, and is aimed at everyone; school children, people who work with them, parents, adults, and everyone in between. Shelly hopes it’ll increase empathy among the wider community.

“You can be told something so many times and still not get it, but feeling something is different. Hopefully this production will help people feel some of these things, without having to personally go through them.”

Shelly, a mother of four, said her kids will be seeing the show.

“Well, it’ll probably go over the head of my five-year-old,” Shelly quipped.

“But I think my eight, 10, and 13 year-olds will come. It’s important, especially for the elder two. Theatre has a powerful way of saying ‘you’re not alone’. If we can speak to these young minds early enough, maybe we can start broadening them, offering a different perspective and ways to talk about emerging issues before they reach crisis point.”

Fragments plays at The Street Theatre from 23-27 October. Tix range from $25-35 + bf and are available from thestreet.org.au/shows/fragments-maura-pierlot or 6247 1223