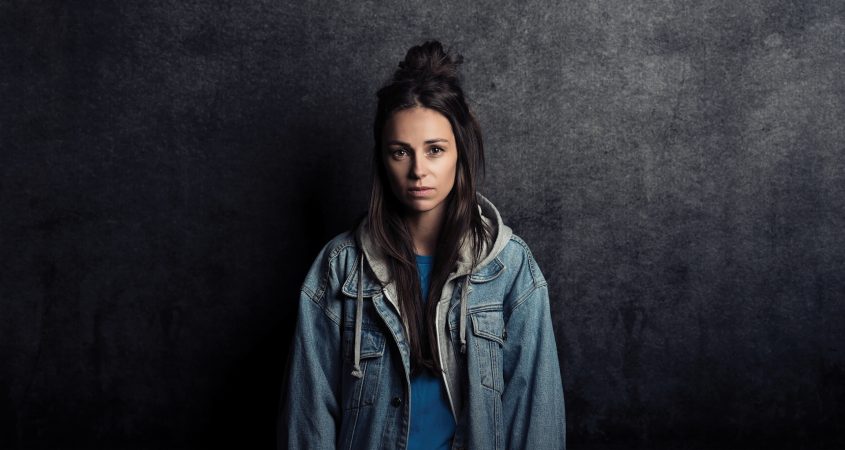 It can be rare for artists who hit “the big time” to remember the little guy – and by this I mean Canberra (and all the other so-called regional centres in this wide brown land).

Someone who absolutely does not fit in this category is Amy Shark.

Yes, I am talking about the singer/songwriter behind the ultimate passive-aggressive fuck-you anthem I Said Hi, the incredibly sweet love song Adore, and many more tracks that are so legitimately great it seems impossible to overplay them.

In case you’ve been living under a rock for the last month, Ms Shark is not only gracing Canberra with her talented presence but is doing a whole damn regional tour*!

“I think regional parts of Australia get absolutely rorted [when it comes to live music]”, Amy said over the phone.

“I take a lot of notice when people tell me they’ve driven some huge distance to come to a major city show, and people online are always asking when are you coming here and when are you going there – I had this gap in my schedule so I jumped at it.”

This is music to my ears (pardon the naff pun). Anyone else here done that damn Sydney drive dozens of times to catch bands at The Metro, The Enmore, The Opera House, Oxford Art Factory, and all those other Sydney music haunts?

Hearing Amy talk about touring, sharing her songs, and finding ways to connect with the audience is pure, infectious joy. She truly loves it. All of it. Even the bone-aching fatigue and utterly discombobulating jet-lag of bouncing between Aus and LA.

“Honestly, I’m addicted to songwriting, so it’s not a job for me, and the rest is just a bonus,” she says. “I never thought I’d be playing to these big rooms and have my music sound so great live and really enjoy every part of it. And even now, talking to you, I’m talking about something I love – I love every second of it. There are times that it’s really tiring, and there’s a lot of travel, and I’m exhausted. But I never take it for granted.”

This makes sense, as fame came later in life for this Aussie. Making herself an international name was never the goal.

“I had it in my head that you’re only going to get signed if you’re 13,” Amy reveals. “So I thought that was over. But I was still writing songs and trying to be a songwriter more than anything. And then it just all happened very quickly. I also feel like I was in a massive training session my whole life, preparing for this.”

Even though her Night Thinker EP and debut album Love Monster have toured our major cities and the world, Amy says there is still so much to share.

“I’m looking forward to giving this regional tour the best of Night Thinker and Love Monster and just squeeze the last bit out of the first stages of my career, really.

Given how easy it is to chat with Amy over the phone, it’s no great surprise (but an utter delight) to hear she loves having a bit of a gasbag between songs too.

“There are a lot of artists that really struggle with that side of performing, but that’s the part I really love,” she says.

“I love Blink because I love the banter on stage; I love Tegan and Sarah because they’re just hilarious. I went to shows wanting to know more about the artist, and a lot of the feedback from when I first started was that people appreciate hearing more about the songs and myself, so I just embrace that.

“I try and find a balance between playing as many songs as I can but also try and connect with everyone.”

P.S. Amy reckons Geelong has the best chicken burger she’s ever had. I reckon we can beat that. Let us know what your favourite burger and burger joint is – we may even try to get one delivered before her UC gig.

And Amy Shark will indeed be at the UC Refectory, banter and burger hopefully to hand, with supports Sly Withers and Eleanor Jacks. Tix are $66.26 from amyshark.com or moshtix.com.au

*Author’s note: I generally have a mega issue with Canberra, which is only the freaking CAPITAL of the entire country (and also my hometown, so there may be bias) being called a regional city. I mean, we still get Win and Prime TV channels here for God’s sake! Can’t we upgrade to Nine and Seven like all the other big kids already?