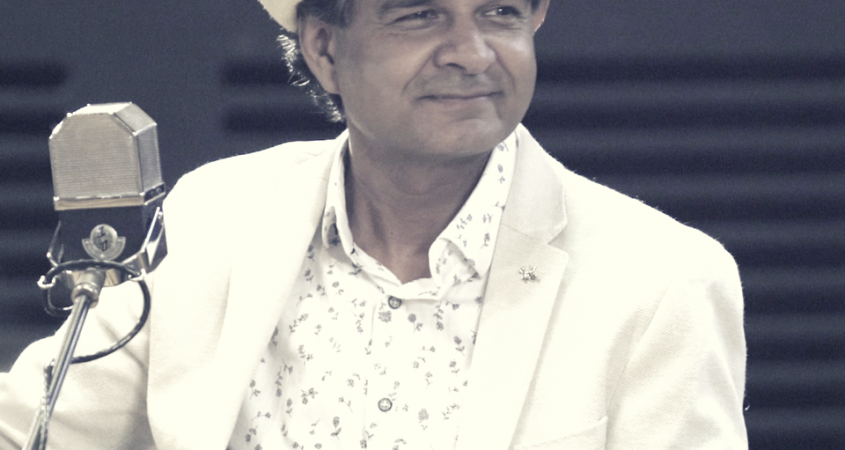 Pakistani-born singer-songwriter and music producer Mahmood Khan has just released his new single One Line Down.

Mahmood has quite a strong list of achievements to his name: his first solo album has sold over 6 million copies, for starters. He is also the first Pakistani-born artist to crack the US world music radio stations.

Cracking those things is a mean feat for anybody. To add to this, in 2007 he came to Australia to study at the Sydney Film School and wound up recording a live album at the Sydney Opera House. Now that’s impressive. A track from this album, Like the River, was an ARIA pop hit. That’s almost as elusive as the US charts.

Although Khan describes his sound as world music meets pop, One Line Down is considerably more pop, or rather more pop-rock, than world. Mahmood’s distinct tones and vocal style contain restrained allusions to world music, however, the instrumentation and straightforward nature of this record feel more like Bruce Springsteen than Mahmood’s colleague and collaborator, the legendary Nusrat Fateh Ali Khan.

Nonetheless, this is an interesting release. Beneath the blanketing array of sounds, a classic configuration of drums, bass, piano, guitar, and sax, Mahmood utilises a simplistic yet effective arrangement of melodic parts to win us over. He does this quite effortlessly, a conjuration one barely knows they are experiencing.

There is a strain of spontaneous optimism running through this track that casts its spell efficiently and with a sense of sublime ease. After one listen the aforementioned labels seem even more benign than they are. The swells of sound are nicely produced, Mahmood’s performance riding the sonic wave at just the right level.

As Mahmood says about the track, ‘The song is about the joy in striving to achieve an inner balance in life ‘cos it is never great 100% of the time’.

So true. And this small burst of world music rock pop joy is a splendid panacea for that. [put simply, if you liked Cornershop’s Brimful of Asha, you’ll love this – BOSSMAN AL]