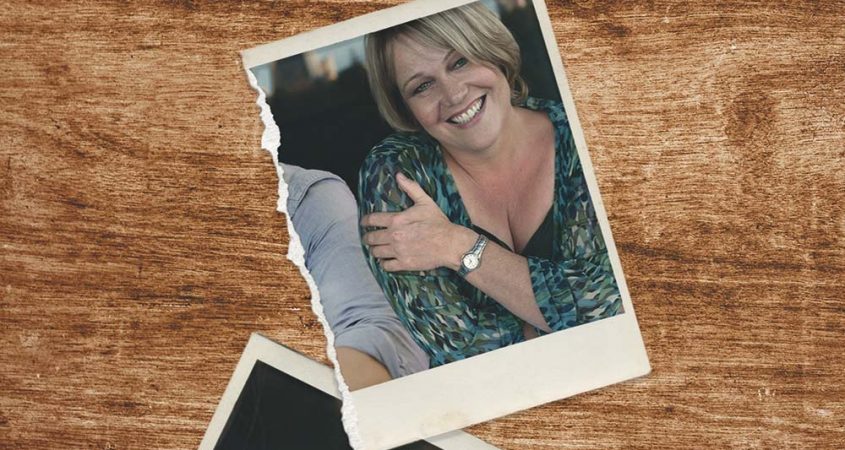 Middle-aged Angela (Mandi Lodge) is on an unexpected journey of pulling her life back together after her lying, cheating husband leaves her for a younger woman.

In this one-woman play, the early years post separation are narrated and acted out by Angela herself, who evokes some of the less attractive realities she encountered as the life that she had thought she understood and in which she felt secure unravelled. Certainties or assumptions disintegrate one after another, and uglinesses of all kinds creep out to add to her shock, grief, and loneliness. Even her relationship with her daughter isn’t immune from the insult that has occurred to her life, and her only true friend may be the family dog.

The subject matter may seem grim, but the take of this play, with its twists and turns and uncomfortable but honest revelations, makes it mostly funny, and unquestionably heartfelt.

And Mandi Lodge, who has certainly mastered the refined art of comic physicality and timing, delivers with aplomb Angela’s loveable and quirky personality, in which she careens between depressed and morose as well as optimistic and celebratory.

Aptly titled, this play, with its charmingly intimate set and well-designed lighting, is delivered without an interval. Some may find 85 minutes too long without a break, but the audience on the night I attended didn’t appear restless or less engaged for that. Worth a look!