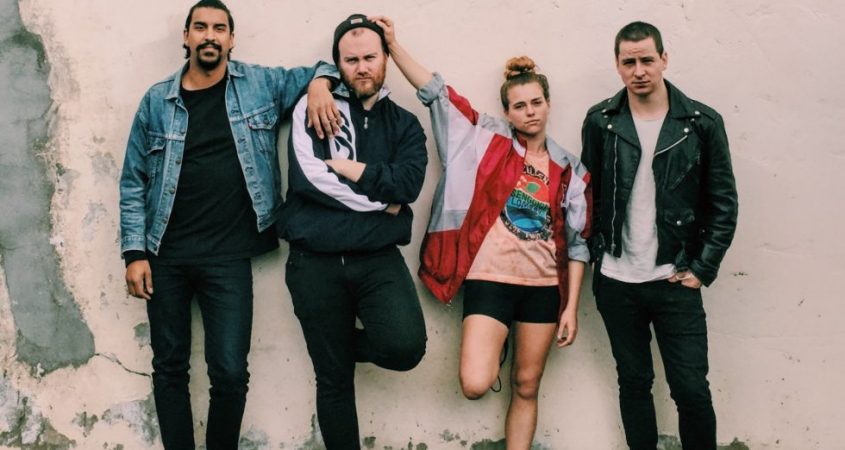 Melbourne punk outfit Press Club has been wowing the crowds with the energy of their songs and the intensity of their live shows, including an impressive set at last year’s Yours and Owls Festival in Wollongong.

They first hit the airwaves with the 2017 single Headwreck, followed by the album Late Teens in 2018. No sooner had the band put their debut LP to bed, than they were writing new songs in their studio beneath the traffic chaos of the Westgate Bridge.

The fruits of this new creativity are to be released in their sophomore LP Wasted Energy, with Thinking About You launched early as a taster.

The song’s story is totally different from the romance implied by the title, as it recount’s vocalist Natalie Foster’s experience of being stalked, with her nights being invaded by an obsessed caller.

Foster’s vocals come through clear and strong, painting a vivid portrait of this invasion of her bedroom and her mind, and the deep distress they cause. There’s a hint of Garbage’s vocalist Shirley Manson in her tone.

It benefits from the ‘presence’ gained by being recorded live to tape, as its uncomplicated rock hammers home the overwhelming emotion, as the track wraps with a wailing guitar.