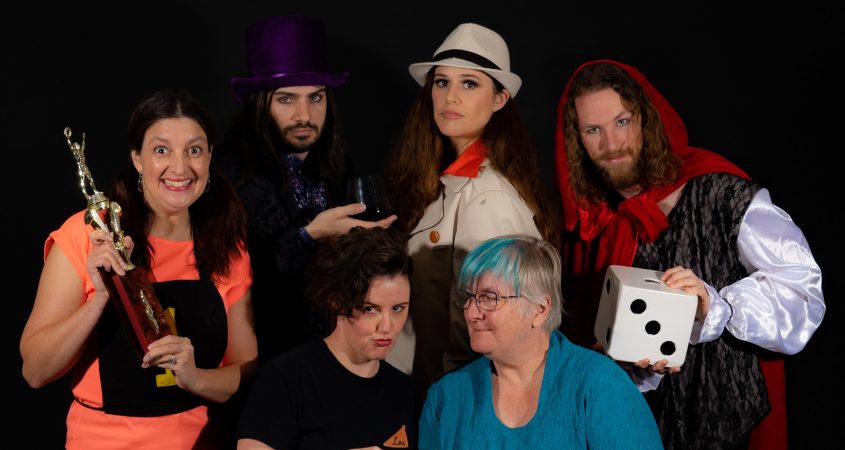 The Canberra Unscripted festival is back for another year, the third to be precise, delivering another exhilarating four nights of on-the-spot theatre created by Canberra’s best improvisers.

“It started, as the best things do, with a group of friends chatting over a meal and dreaming about the future,” one of the producers of the festival and founder of Chrysalis Theatre Heidi Silberman says. “We all met through impro and had started our own theatre companies specialising in improvised theatre. We wanted to create an event to showcase Canberra’s improvisational talent.”

Heidi and her creative conjuring cohorts recognised a gap in the market and decided to do something about it.

“There are some great local actors who create in the realm of the unscripted but few opportunities for them to perform,” Heidi tells, “so one of our goals was to provide an opportunity for experienced and emerging improvisers to take to the stage.

“Our other goal was to provide a great season of entertainment for local audiences and introduce unscripted theatre to more people. We’ve succeeded with both these goals and are excited to come back for a third year.”

But it’s not just those you grace the floorboards that get to strut their stuff.

“Local playwrights have also been involved,” Heidi says, “writing the beginnings of plays which will be finished by the improvisers in Script Tease before the fictional cast of a cabaret show let their hair down in Late Night Cabernet.

As suggested, the festival’s scope, both in terms of time and the talent involved, means that within the sphere of the impromptu there will be a range of shows to suit everyone’s theatrical taste.

“From a family drama like no other in Sunday Brunch and a gender flipped take on film noir in Femme Noire, to the role play game style show The Adventurers,” Heidi enthuses. “The final night of the festival sees the return of the long-running Canberra Impro Challenge. Laughs are guaranteed every night as performers create theatre live in front of an audience where no one knows what will happen next.”

With humour and enjoyment very much at the forefront of the whole experience, and Unscripted now firmly established with numerous shows under their rope (read: improvised belt), I ask after particular fond recollections.

“One of my favourite memories of our 2017 festival was the premiere of Shakespeare with Zombies,” Heidi says. “In this show we had a make up artist backstage creating zombies as they gradually ‘turned’ from eloquent Shakespearean style characters to incoherent murderous zombies.

“And in 2018, Unscripted presented The Young and the Wrestlers which showed the backstage (and fully improvised) lives of a bunch of pro wrestlers as they prepared for a match. To see the costumes alone was worth the price of admission.”

And if all this has got you fired up to not only go along and see the festival, but to have a go in glittering pool of improvised theatre, Heidi is good enough to let us know.

“Alchemists Improvisation, Chrysalis Theatre and Lightbulb Improv are producing the festival and held open auditions earlier this year. We have five fantastic casts currently in rehearsal for the shows. Some performers have over fifteen years’ experience in improvised theatre, whereas for others this will be their first time on stage without a script, having previously focussed on more traditional plays where you need to learn lines.”

Come along and check out the jazz of the theatre world at Canberra Unscripted, from 19 – 22 September at The Street Theatre. Tickets on sale now through http://www.thestreet.org.au