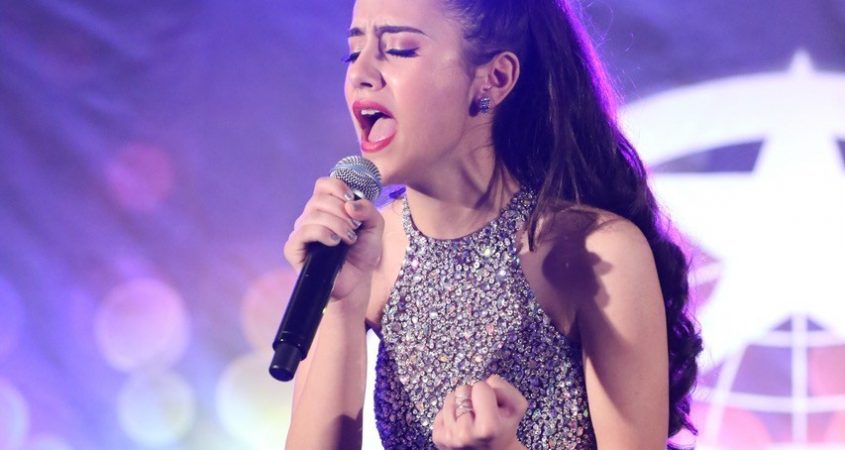 Last year’s winner of the junior vocalist award at the World Championships of Performing Arts, held in the US, was Australian singer-songwriter Violeta Bozanic, a young music artist with an impressive record of winning awards and an equally impressive confident-sounding voice that belies her age.

A few months ago she released her track Jealous, collaborating with a few US music producer hotshots and launching what will no doubt be a stellar career. This new track All I Need continues along that same stylistic route begun with Jealous but utilises a sharply defined pop sensibility.

It kicks off with a retro-inspired funk bassline which is soon joined by a straight drum part, introducing the verse. The melody hovers around this bass and drum groove, with Violeta utilising her lower register to good effect.

The pre-chorus follows, which is where the pop element comes in, reeling in the listener until the chorus. The melodic area here doesn’t stray too far from the preceding sections, which is part of its charm and allure.

But that soon changes as the chorus develops, allowing Violeta to stretch her vocal cords a little more. It returns to the opening notes within the same chorus but soon transforms into a post-chorus chant, replete with technological wizardry and creating that obligatory earworm moment.

The production is clean and polished, transmuting in subtle degrees depending on what the part requires. This is another song about empowerment, included in it a dictum that will surely resonate with not only Violeta’s target demographic but pretty much the rest of us too. ‘All I need is my headphones’, the opening line of the chorus tells us, a requirement that we can all relate to. Who has sought solace behind the cathartic ambiguities of music? All of us. Well, at least I hope it’s all of us.

Imagine what you’re missing out on if you never have. The core idea of this lyric is a good one. It’s a failsafe one too.