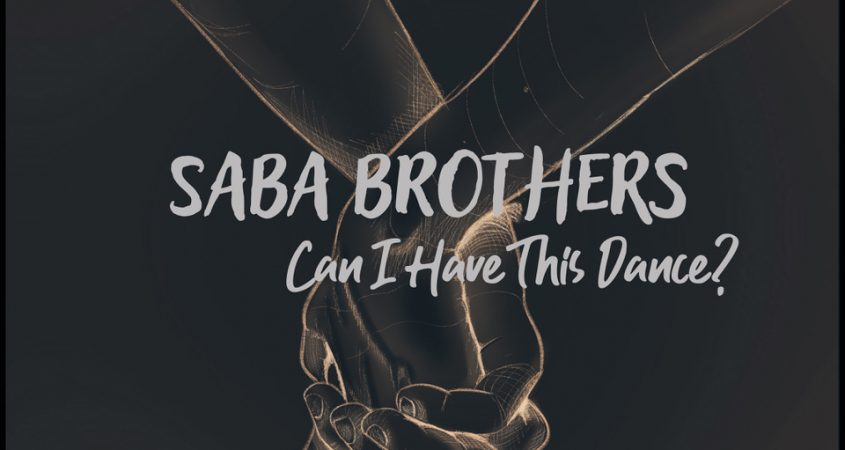 The Saba Brothers’ new track Can I Have This Dance? reaffirms their earnest, unadulterated indie pop-rock style, utilising a mid-tempo feel strewn with pleasing melodic passages and an unambiguous lyric.

The track breaks no new ground for the boys but rather allows them to broaden their focus, offering a softer alternate version of their typical style.

The same configuration of bass, drums, guitar and vocals is harnessed, though, with some added textures like strings and space (what is not played is equally as potent as what is), and the performances too are as convincing as anything else we’ve heard from the young Sydneysiders.

It begins with a mollifying acoustic guitar part that eases the listener into the opening lyric, a generalised comment, ‘Life has so many places, don’t know which way to go,’ one soon extinguished by the more urgent and direct ruminations of a guy in love.

The Saba Brothers’ previous releases all displayed a sort of virtuous energy, with elements of post-grunge rock-pop mixed with an amiable summery aesthetic creating an interesting hybrid: Can I Have This Dance? sounds like the quintessential form of that combination.

But it’s the lyric that will no doubt attract all the attention, its universal appeal almost confirming a spot on a wedding playlist. The Saba Brothers have released an accessible song, one that maintains the raw vitality and competence of their previous tracks yet reveals a subtle maturity, which is most evident in their writing.