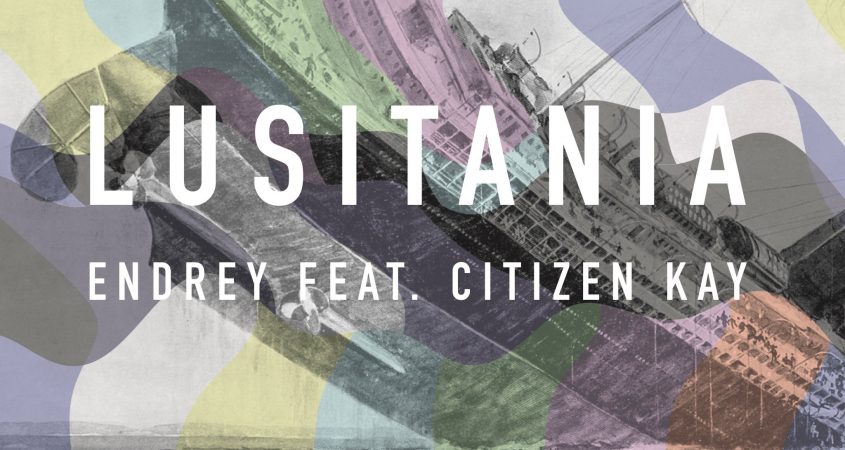 This follow-up track, Lusitania, is a departure regarding sonic textures, though retains the multi-instrumentalist’s accessible quirkiness.

The ambient piano introduction floats over the bass and drums with some unexpected chord choices that segue into Endrey’s vocal. The bass synth is doing a lot of work here, with its triplet notes at the tail end of the verse cycle, but Endrey’s free-spirited cadences provide the locus of control, with the refrain, ‘this is our own time’ given its moment over the barebones drum part.

An interlude of cascading electric piano comes in, adding yet another layer of warmth and playfulness. The intro piano makes a return, wedding Citizen Kay’s resolute performance to the track with clarity and ease. Another verse provides a key lyric for me—‘everyone’s running out of breath to stay alive’—a finely wrought summation of what courses through the veins of this trippy pop paragon: there are many glistening sides to this pearl.

The arrangement goes somewhat against the grain yet it feels marvellously compact and brief, with the assigned chorus appearing at only two points during the song. But it satisfies and beguiles and encourages repeated plays, the push and pull of the electronic elements against the organic gratifying the desire for tonal shifts, diverging musical trajectories within the scope of its four minutes.

An album’s worth of similarly inspired work will make for a fascinating pop ride from Canberra’s Endrey.