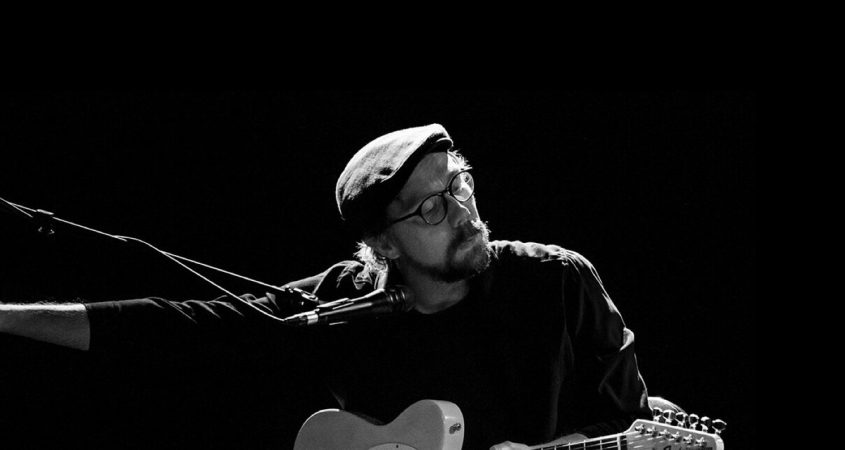 Sebastian Field has just released his first solo album Picture Stone, a remarkable convergence of dreamy ambient with post-indie rock which has embedded in its lush soundscape the enduring aura kaleidoscope of the natural world.

The Canberra artist has united technology with the environment by way of fusing his emotionally charged musical statement to the grand expanse of the natural spaces of the world. It’s a compelling marriage that works, with Sebastian’s aesthetic choices, a thread which encompasses lilting, ethereal voices and dense and luxuriant instrumentation, mirroring his inner preoccupations with the enormity of a miraculous exterior.

The set opens with a piano-based piece, Time May Wake Us All, a fitting introduction to the enchanting course upon which the listener is about to traverse. Follow-up Liberty Bell is perhaps the track that best compacts Sebastian’s style into an identifiable form, as it relates to the more typical ‘song’. Of course, they are all songs; the kinds that operate on a level that offer rich and sustained rewards.

Shorter tracks are spaced between the longer pieces, such as Iris, where the more unyielding textures are utilised, imbuing the album with subtle variation, which helps the listener become accustomed to the more engulfing panoramas, allowing them to digest the substantial mass of emotion unearthed.

There are many delights amid this bounteous offering – the intoxicating spiral of voices in Unravel, or the world-music inspired rhythmic totems of To Your Arms – but they are all enveloped by Sebastian’s rueful, roaming cadences.

It is a feat of creative ingenuity that Picture Stone can feel so intimate, perhaps as a result of its proximity to the raw sound of the human voice reaching into the unreachable depths and heights, yet sound so all-encompassing, so voluminous.

This is the weight of emotion, and when this is pestled into such a superabundance of sonic texture, the result is as powerful as it is elegiac.