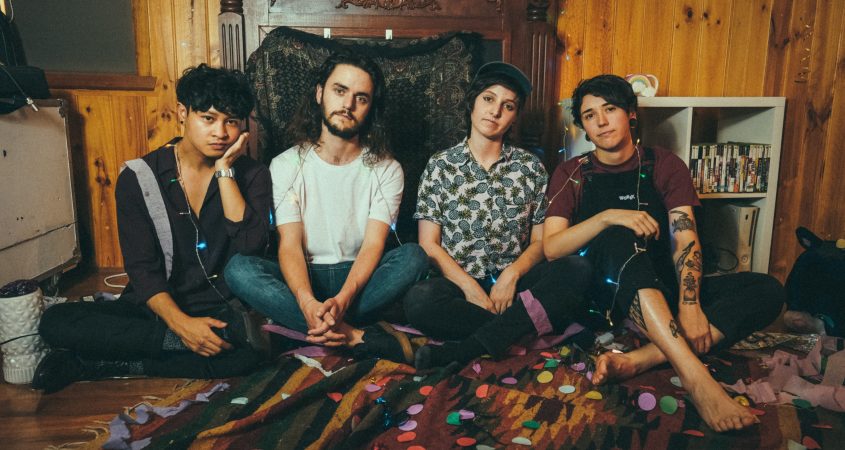 Formed in 2016 in the beautiful Blue Mountains, four piece The Lazy Susans fled south for cultured Melbourne. Their title comes from the name of founder/vocalist Antonia Susan and the moniker of a handy dining table appliance which is oft seen in Chinese restaurants.

The band launched an EP in 2017, and has provided a sneak peak of their forthcoming debut long player Now That the Party’s Over (due for release in August) in the single Care About Yourself.

The song fits in with the general theme of the album, which features like-minded tracks including Help Me Help You and R U OK?.

Interestingly, these two songs were also given advance release, including on a cassette (now there’s misplaced nostalgia for you!).

Care About Yourself looks at a friend who used to be so close but who (possibly through mental illness) has drifted away, with lyrics like ‘I remember you, … before you started sinking, got lost in your head’ and ‘No one’s gonna help you if you don’t want help’.

The opening, gently chiming guitars drift along like party balloons, providing a backdrop for the wistful, regretful tone of Susan’s vocals. Her voice takes on an increasingly desperate tone as the instruments close ranks to form a fuzzy indie wall of sound.  The bouncy tune and the catchy way in which the lyrics build on themselves forms an attractive package for a thoughtful look at a very topical subject.