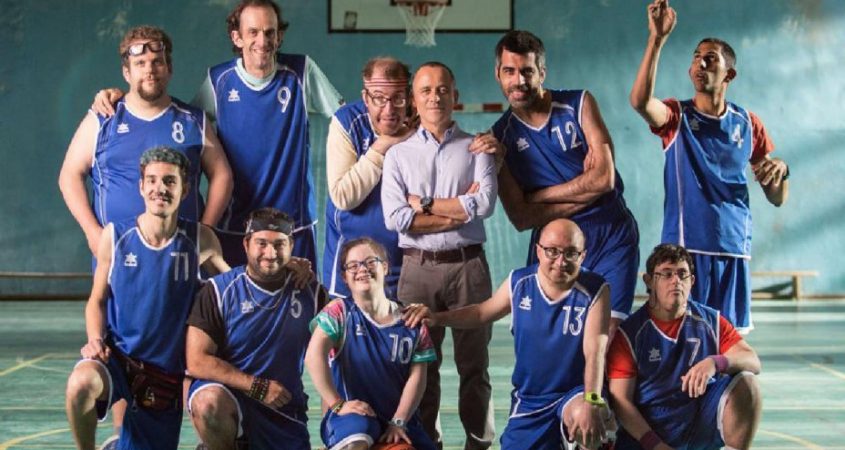 After Marco Montes (Javier Gutiérrez) loses his job as a professional soccer coach, he has a drink-driving collision, resulting in community service coaching a basketball team of men with intellectual disabilities.  Almost prepared to go to prison rather than face this, he nonetheless makes an effort.  And his team members give it their all, in their own quirky ways.  In the lives of its members (almost entirely actors with real disabilities), basketball has become a physical and social focus that’s vital to their sense of self.

Together, Marco and the team make rapid strides.  And with rapid improvement comes something else: hope.  The Latin American basketball championships, four months away, provide a possibility for Marco to make the team’s basketball pastime into a lifetime memory.

Were you to treat it with the seriousness that it deserves, you might call Champions a redemption story, as its protagonist overcomes his own arrogance in order to improve the lives of others.  Or you might call it a fable of the power of another’s faith to help you achieve the improbable, or, in light of its team members’ characters, efforts, and achievements, a demonstration of our shared humanity.

But don’t see Champions for its genuine warmth and the lovability of the characters in the team.  Don’t see it even for how these characters transform Marco’s outlook and motivations.  See it for how genuinely funny it is, because it’s a hoot.