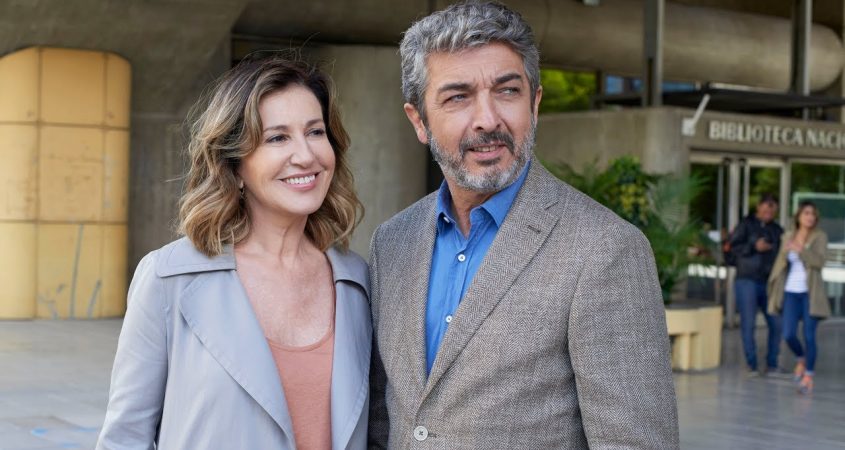 After 25 years of satisfying marriage, Marcos (Ricardo Darin) and Ana (Mercedes Morán) stand together at the airport to farewell their son, Luciano (Andres Gil), who’s leaving to study abroad. Marcos and Ana go home to face the sadness of their empty nest and celebrate the return of their coupledom. Luciano’s departure is a cause for greater distress for Ana than it is for Marcos, but it’s clear that this well-adjusted couple will get through it.

The easiness with which they do things together makes Marcos and Ana’s relationship entirely believable. Comfortable in their daily routines and dovetailing seamlessly into one another’s habits, they make a happy couple. And they have fun with each other, and are lovingly intimate. They share a close relationship with married couple, Edi (Luis Rubio) and Lili (Claudia Fontán), who find trustworthy confidants in Marcos and Ana respectively, and it’s through the lens of that marriage that we see more clearly the quality of Marcos’s and Ana’s.

One evening Marcos and Ana ask each other a simple question, the answer to which both have assumed. Thus begins a journey of exploration of their internal and external worlds beyond each other. The deeply dramatic results that arise out of articulating a few simple words play out without unnecessary drama, tears, or gnashing of teeth. Marcos and Ana are mature, intelligent, and resourceful, and they behave accordingly.

An Unexpected Love deals with common questions: what makes a marriage; what can happen when a new phase in life suddenly arrives; what sits at the heart of true connection; and the roles of trust, respect, and love in life’s journey.

There’s much to recommend the film. It doesn’t rely on cheap tricks or hackneyed stereotypes, but stays true to the ordinary and common human experience of many.

Direction, set design, costuming, and cinematography are all admirable, enhancing the story without being distractions from its essence.

An Unexpected Love is a thoughtful and rewarding study of an everyday occurrence in many people’s lives, and well worth a look.