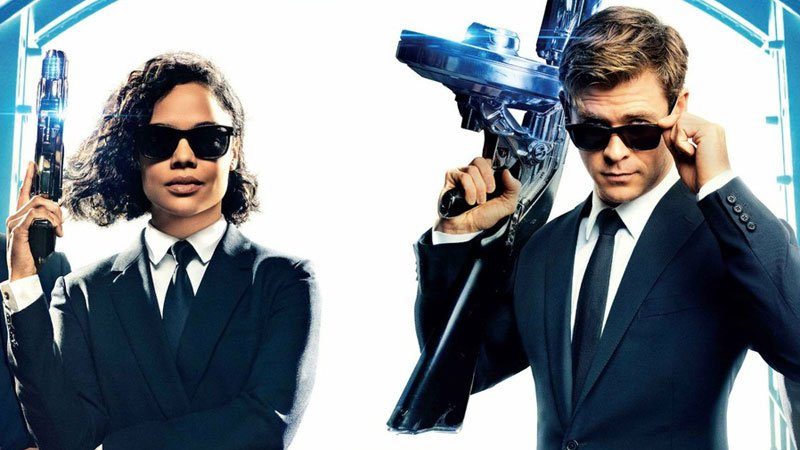 Anyone who’s seen any of the Men in Black films will have a good idea of what to expect from the latest, Men In Black: International: lots of action, imaginative aliens, dastardly baddies bent on destroying the world, and one or two outstandingly capable agents determined to stop them. Oh, and lots of fun. Men In Black: International certainly doesn’t disappoint in any way.

A determined and brilliant young woman, Molly, cleverly finds her way into the sanctum of the New York branch of Men In Black, where she comes to the notice of its head, Agent O (Emma Thompson). Seeing potential in her, Agent O takes Molly into the training program, at which Molly excels, and then takes her on probation. Molly becomes Agent M and is sent to London headquarters, where Agent O suspects that something is not quite right.

On arrival, Molly is welcomed by Agent High T (Liam Neeson), head of the London branch. And she meets Agent H (Chris Hemsworth), whose reckless operational style repeatedly gets him into trouble at headquarters. Agent H also famously works alone — a non-negotiable personal rule. As they say, rules are made to be broken, and Agents H and M end up joining forces to track down the baddies and save the world.

Emma Thompson and Liam Neeson are two of the great actors of our time, and in this film they convincingly portray people with both great power and tremendous responsibility; people who don’t suffer fools. Chris Hemsworth (Agent H) makes an engaging, charming, and loveably irreverent hero, and Tessa Thompson (Agent M) a smart and sassy foil.

If there is anything to nitpick over, it might be that a stronger script would have ensured that Molly’s character remained consistent. Leaving that aside, Men in Black: International is as much fun as any of its predecessors, and a rollicking good ride for anyone out for sheer entertainment and a good time.