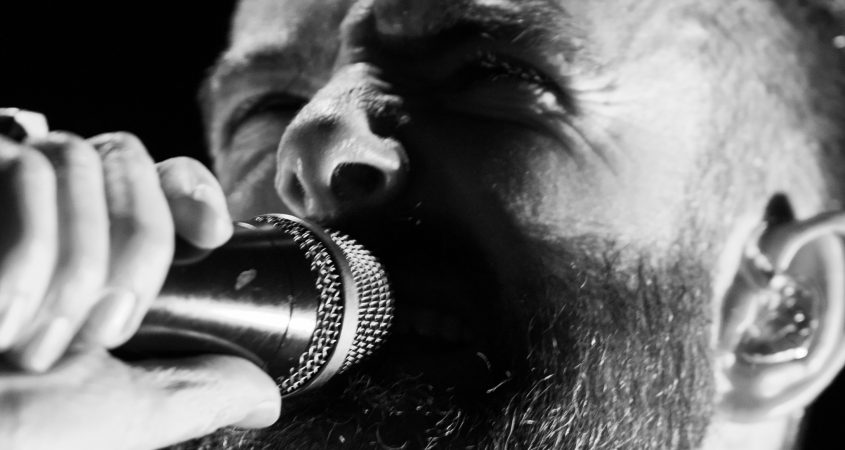 “I wouldn’t have thought you’d be into Karnivool, Ruth!” said a friend I bumped into at the recent Karnivool gig at Kambri, ANU. And to be honest, I’m not usually into the heavier genre of music that this band falls under.  But the minute I heard Roquefort on triple j around 2005, I was instantly a fan.

And it seems I’m not the only one. Karnivool certainly does have a loyal Canberra fanbase proven by the attendance, and for good reason. The standard of musicianship these guys have is world class. Ian Kenny is by far one of Australia’s best male voices. He hits every note with ease and passion, seeming as effortless as talking.

Saturday’s show was full of technical mastery both by those on stage and off. Lighting was en pointe. To do this well in time with hits, stops and mood is almost like another instrument in the band, so props to whoever was in charge of that!

Sound quality was also great. This style of music requires a careful balance between volume and getting the right mix for the audience. All I can say is… Nailed it!

The support act, Southeast Desert Metal, were a fantastic intro to the night too. Hailing from Alice Springs, these four guys have been referred to as “the most isolated heavy metal band in the world”.  Consisting of Chris Wallace, singer/guitarist, and his nephews and bandmates, guitarist Gavin Hayes, drummer Robert Wallace, and bassist Gary Bird, Southeast Desert Metal bring a new sub-genre to the metal scene, with subtle traditional Aboriginal influences being fused with their songwriting. Many of their songs address serious topics such as police harassment, suicide, and the drug epidemic within the Australian Indigenous population. It was a great choice of support to warm up the crowd before the main act.

The Kambri venue, whilst great as a whole, could do with a look at crowd safety. The amount of people who tripped over a small step attached to some metal fencing was pushing more than 30. The last thing anyone wants is an accident.

All in all though, this was a great gig!