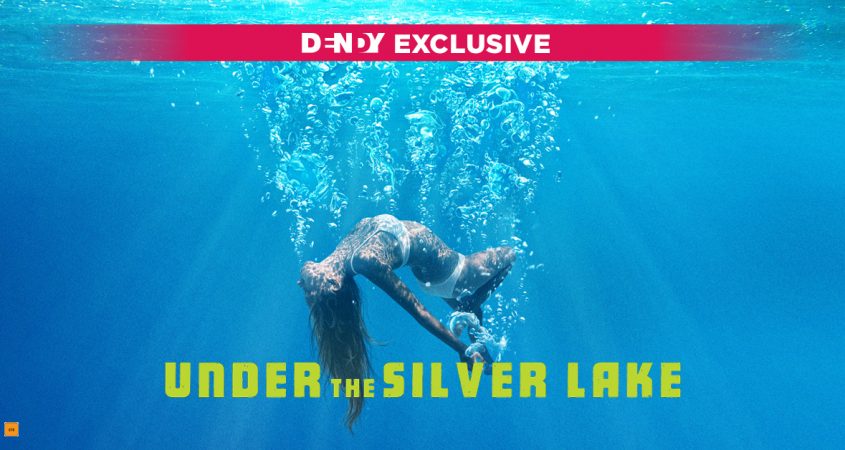 Under the Silver Lake is an American neo-noir mystery film written, produced and directed by David Robert Mitchell. Set in Los Angeles, it stars Andrew Garfield as a young man who sets out on a quest to investigate the sudden disappearance of his neighbour (Riley Keough), only to stumble upon an elusive and dangerous large-scale conspiracy.

Sam, intelligent but without purpose, finds a mysterious woman swimming in his apartment’s pool one night. The next morning, she disappears. Sam sets off across LA to find her, and along the way he uncovers a conspiracy far more bizarre.

Thanks to Dendy Cinemas, you can WIN A DOUBLE PASS to Under the Silver Lake, staring Andrew Garfield. Now screening EXCLUSIVELY at Dendy Canberra. Simply tell allan@bmamag.com what your favourite Andrew Garfield film is and why.

This film is rated MA15+