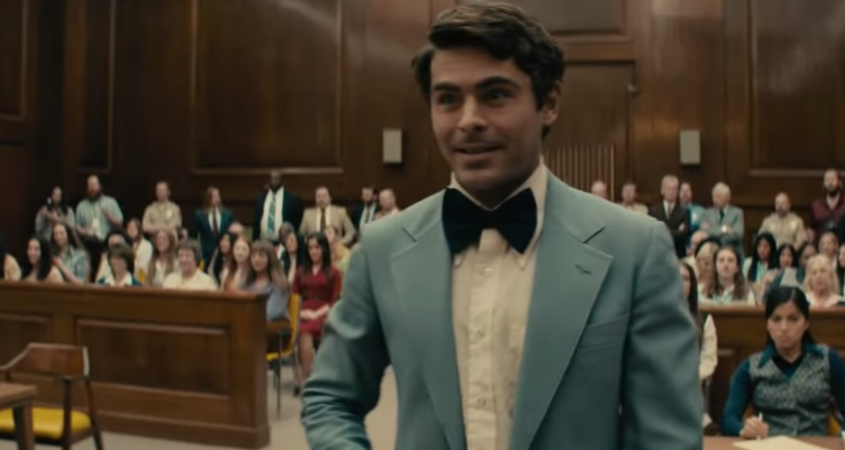 Extremely Wicked… is based on the biography The Phantom Prince: My Life with Ted Bundy by Elizabeth Kendall, Bundy’s long-term girlfriend, detailing how she came to terms of living with a monster.

And this movie offers a visceral depiction of one of the 20th century’s most despicable serial killers – Theodore “Ted” Bundy – played superbly by Zac Efron (High School Musical; Bad Neighbours.) His portrayal as the charming and methodical Bundy is eerie, and you almost find yourself taking this detestable human being’s side as he lies through his teeth to the authorities and his loved ones. Lily Collins (Mirror Mirror; Mortal Instruments: City of Bones; Okja) is great as the luckless Elizabeth who has to watch the man she loves turn into the monster she despises.

A problem is that Extremely Wicked doesn’t focus on the victims – which is both good and bad. Their deaths aren’t sensationalised for blood and gore but if they’re not included then they’re brushed over as dot points as to focus on Bundy’s story over the hour and 50 minutes run time.

Though this movie was created by the same people behind the Netflix documentary series Conversations with a Killer: The Ted Bundy Tapes detailing Bundy’s criminal life, Extremely Wicked… still comes across as a lukewarm telemovie you could breeze through on a rainy afternoon.

Besides the jumpy narrative there are multiple instances of fictionalised plot devices and foreshadowing that take away from the reality that Ted Bundy lived – probably in the adult lifetime of our parents – and his depravity was real, his victims were real, and so were people he left in his wake.