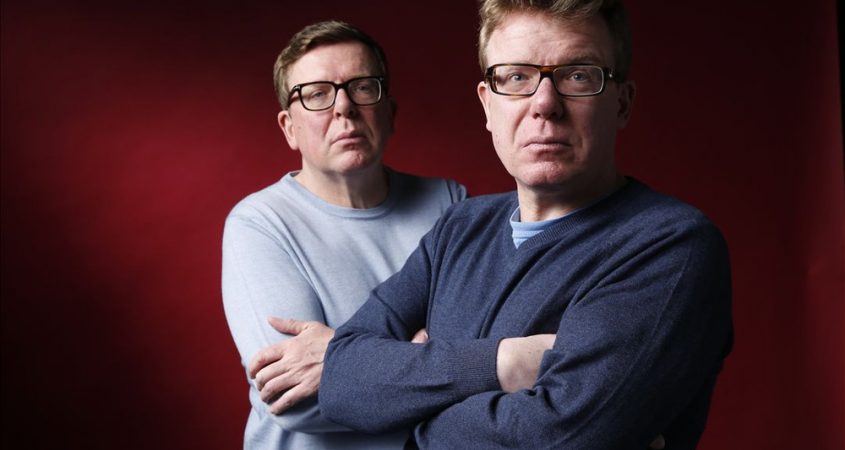 Thirty years after their first sold out show here, The Proclaimers were back in Canberra, playing once again to a packed house. Twin brothers Charlie and Craig Reid returned with their broad Scottish accents, Scottish references, and the Cross of St Andrew emblazoned on an instrument case at the side of the stage.

The show began with Angry Cyclist (a song which could have been written about Canberra) from their latest LP of the same name. There was a huge energy in their performance, which the punters responded to, with the lady in front of me bouncing in her seat and punching the air to Over and Done With.

The set list ranged from their first British hit Letter from America to Stretch. The latter song, from the new album, possessed a funky keyboard theme which contrasted to the arrangement of most of the duo’s songs.

The gig was full of real foot tappers carrying a joyous feel, projected powerfully by lead vocalist Craig. The great interplay between the voices of Craig and his brother Charlie (who played acoustic guitar) was a key feature of many songs. Spinning Around in the Air saw the backing band’s electric guitar swapped for a mandolin, providing a more folk feel.

The Proclaimers recalled their previous Canberra gig, stating that the last local crowd was full of teens. I’m On My Way got a huge reception, but of course everyone leapt up for the dancing/marching song (I’m Gonna Be) 500 Miles. With such a big rendition of the fans’ favourite, you would expect that to be a wrap for the night, but the duo returned for a three-song encore, starting with Cap in Hand.

A joyful, enjoyable evening that gave fans exactly what they wanted.