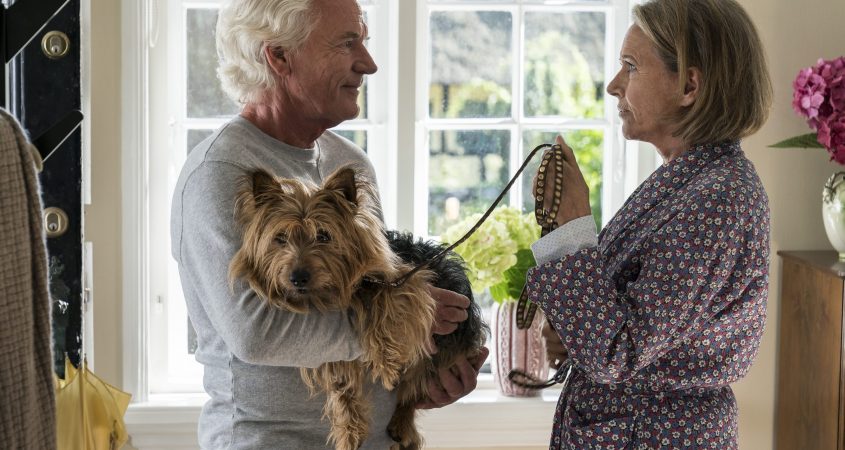 Celebrating the best new Nordic cinema, plus a Nordic Noir spotlight, the Volvo Scandinavian Film Festival presented by Palace offers an exciting and enlightening selection of cinema from Denmark, Norway, Sweden, Iceland and Finland. The program of 19 films will screen in cinemas nationally from 9 July.

The programme includes a number of international festival favourites and award-winners. Here is a sneak-peak into the 2019 Volvo Scandinavian Film Festival program:

Fresh from its praised premiere in Critics’ Week at this year’s Cannes Film Festival is award-winning director Hlynur Palmason’s (Winter Brothers, Scandi FF 2018) disquieting yet spellbinding A WHITE, WHITE DAY (Hvítur, Hvítur Dagur) – a powerful exploration of a man overcome with grief who is losing control.

Based on an epic and prophetic poem by Swedish Nobel Prize winner Harry Martinson, directors Pella Kågerman and Hugo Lilja’s astounding and apocalyptic ANIARA is a starkly beautiful piece of cinema wrought with emotion. Aboard a luxury Noah’s Ark spaceship named Aniara, a colony of materialistic and consumption-obsessed humans flee the now-destroyed Earth.

From official selection at SXSW Film Festival and a nominee for Best Nordic Film at the Göteborg Film Festival comes the wicked and tender rom-com AURORA in which commitment-phobic party girl Aurora and Iranian refugee Darian agree to help each other in unconventional but vital ways.

Praised at its world premiere at Toronto Film Festival, LET ME FALL is an essential and harrowing look at addiction which has been celebrated by critics and audiences alike for the stellar performances and enthralling direction by Baldvin Z (Life in a Fishbowl, 2014).

Oscar nominee Klaus Härö’s (The Fencer, 2015) bittersweet and moving drama ONE LAST DEAL (Tuntematon mestari), follows an ageing art dealer as he is presented with one final opportunity to fix his broken life and reconnect with his estranged daughter and grandson.

The full program will be announced mid June.

The festival will take place from 10 – 31 July at Palace Electric, New Acton.

And to kick things off in fine style, we have 10 double passes to giveaway! For a chance to win, write to allan@bmamag.com and tell him what your Viking name would be. AND DON’T FORGET TO INCLUDE YOUR MAILING ADDRESS (otherwise, we can’t send yer tix!)